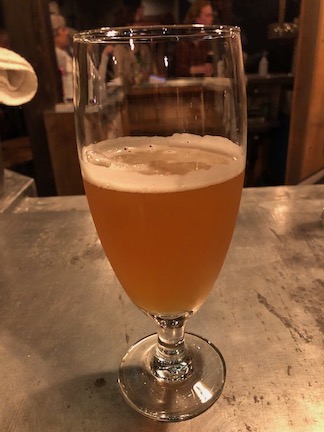 Yes, Frank Hooker may be a good guy, but he’s also a flawed one in my new book, The Sacred Dog, which is out Dec. 27. That’s what makes him a realistic character in my mind. Let me tell you more.

Frank owns The Sacred Dog, the only bar in Holden, a small, hick town in Western Massachusetts, where the locals like to drink beer and gab about what’s going on in their lives and their neighbors’. He’s a local himself since his family has lived there for generations.

He’s the kind of guy that will greet you with a smile and a welcoming word. He’ll toot his pickup’s horn when he passes somebody he knows. Frank would stop if he saw someone whose car was broken down on the side of the road. If a family in town has a tragedy like a fire or illness, he’d be the first to give. And he’s the type to take in a stray dog and name his bar for the animal.

Frank’s divorced. He thought he and Verona could be happy forever but she was bored with their life and got tempted to cheat with her boss. After the divorce, she took their daughter, Crystal to live in Florida.

A secret in this town: Frank’s not really Crystal’s father. But he married Verona, who he had been dating before, when he found out she was pregnant. Yeah, Frank, who raised Crystal as his own, is that kind of guy. He even made the trip several times to Florida to see her. Now Verona is moving back home after three years. Frank doesn’t quite know what to make of it.

Most people would agree Frank is a good guy, save for Al Kitchen, but he has his reason. Frank unfairly blames Al for his brother’s death. Al and Wes were best buddies who liked to get into stupid trouble. Al was in the car crash that killed Wes, but not at the wheel — a fact Frank won’t accept. He openly hates the man, which naturally doesn’t sit well with Al.

The only reason Frank lets Al come into his bar is because his grandmother begged to let him have two beers. Frank goes along with it because he figures it’s better to keep his eye on someone he doesn’t trust or like. He’s waiting for Al to do something wrong and then he’ll be out for good.

This whole thing is twisted in Frank’s head. I predict nothing good is gonna come from it.

LINK: Here’s how to find The Sacred Dog on Amazon: https://mybook.to/thesacreddog

ABOUT THE PHOTO ABOVE: A half pour of IPA brewed by my son Zack at his Floodwater Brewing in Shelburne Falls, Mass. But at Frank’s bar the locals only drink from the bottle.