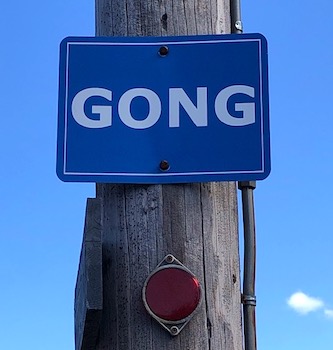 It turns out, for me, at least, that can happen anytime. Yes, some ideas for my books come when I’m in the shower, riding in a car, or doing some physical chore that allows my brain to drift elsewhere. Sometimes it happens while I was on a walk, which happened yesterday, and talking with somebody, ditto. Let me tell you about it.

As you’ve probably know, I’m a seat-of-your-pants kind of writer. No outlines. No notes ahead of time. I get up early, although not as early as I did — 5 a.m. — when I had a job. I toast a half-bagel and pour myself a large mug of coffee, then log on to my computer. After checking with the news, I open the manuscript on my screen and pick up where I left off. My fingers fly as the words come to me. I don’t understand how it happens, but I welcome it.

But back to those inspiring moments, those are the ones that often help to fill in the blanks that will make the story better. Currently, I am in the midst of no. 6 in my Isabel Long Mystery Series — Following the Lead. I don’t want to give away too much, but Isabel’s old boss hired her for this case. He wants to know what happened to his sister, who was taken from the family’s yard when she was a baby fifty years ago. (It’s more complicated than that.) Lin believes he might have even met a woman who could have been his sister. How would he know? She had a distinctive facial feature that is hereditary, and on my walk, it came to me what it could be. While I am not divulging what it is, I had to rush home from my walk to make that addition.

Then, last night, I was at my son Zack’s  Floodwater Brewing for Comedy Night when I was approached by two local fans. One man reminded me that I had told his friend I planned to bump him off in my next book. While I don’t remember the moment, I believe I said it. His pal is a friendly guy who’s also a likable wiseass that doesn’t mind getting it dished back to him. My understanding is that he would be more than honored to get killed off in my next book.

As I sat there, enjoying the comedians’ jokes, my mind kept going back to that conversation. And then it came to me how I could do it. I hadn’t planned on bumping anyone off in this book, but I’ve had a change of heart about a character Isabel is trying to meet. And perhaps after last night’s conversation, he won’t be long for this world.

So, this morning, I jumped right into the book, made a few changes here and there before moving on with the story. Yes, they all work.

ABOUT THE PHOTO ABOVE: We happen to live not far from the tracks that freight trains take from the western part of the state to Boston. Long before we moved here, passenger trains used those tracks with a stop in our village — there are plans maybe to bring that back. The village also has the Shelburne Falls Trolley Museum, which contains lots of rail paraphernalia and short tracks for its trolley. This sign, located at the end of each, is rather fitting for this post.

LINK TO MY BOOKS: Here you go — Joan Livingston books on Amazon

One thought on “When Inspiration Hits”