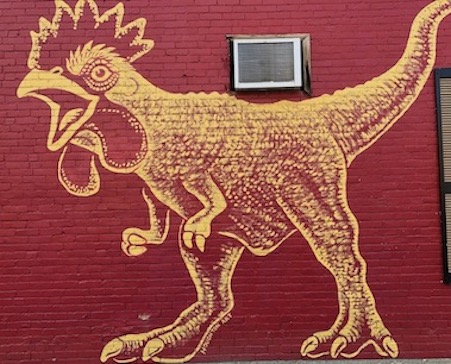 Even before I left my job, I was having too much fun writing my Isabel Long Mystery Series to let that workload stop me. I got up at 5 a.m. to put down 500 words. The words flowed. The story flowed. From one chapter to the next until the end. First five in the series were published this way. It was a bit miraculous.

But how I write has changed and I am now realizing that as I’m into no. 7. I believe it began with Working the Beat, no. 5, as I was winding down from my job, and intensified with Following the Lead, no. 6.

I still aim for 500 words a day.  But before I begin, I look back to what I wrote the previous day to add, if needed, a word, sentence or paragraph in the one before. Essentially I am expanding — and in my mind improving — what I wrote recently before I move onto the new chapter or chapters. (I still write short ones.) Basically, I am not waiting until I reach the half-way point or the end to look for holes

I am also finding that as I move through the story, I think back whether something is missing earlier.

Making the Deadline, the tentative title for no. 7, involves a shooting possibly made to look like a suicide attempt. Isabel has been approached by a possible client, Cyrus Nilsson aka the Big Shot Poet. He’s made a good pitch, but she’s not sure, so she’s doing her initial research and interviews.

The victim, a literary agent (frustrated authors will enjoy this), is now mentally incapacitated. I realized early this morning that as Isabel begins gathering her list of contacts, she should be checking the agency’s website. An earlier online check revealed no reports of a shooting in the local papers since most do not report suicides or attempts. There was a brief in an online magazine that the agent has stepped away from the business “for health reasons” but I realized I wanted more. What about the agency’s website? Bingo. Isabel needs to find that online.

And although I never plan ahead — Isabel’s next case starts as a fragment in my brain — I am mindful I do not want to have a series that is formulaic. I liken it to what my protagonist, Isabel, does. As the series moves on, she’s taking more complicated and unusual cases. There will always be new characters but I also want to keep the old ones fresh. I feel I owe it to my readers. And to myself. I don’t want to just call it in.

THE SACRED DOG: This novel is not part of my Isabel Long Mystery Series although the setting is similar. Basically, there’s bad blood between two men. The title comes from the name of a bar one of them owns. I will be telling you a whole lot more about it from now until its launch date Dec. 27 and beyond. Here’s the link to learn more: https://mybook.to/thesacreddog

FOLLOWING THE LEAD: Here’s the link for no. 6 in the Isabel Long Mystery Series: https://mybook.to/followingthelead

ABOUT THE PHOTO ABOVE: A mural spotted in Brattleboro, Vermont.

One thought on “A Different Way of Writing”