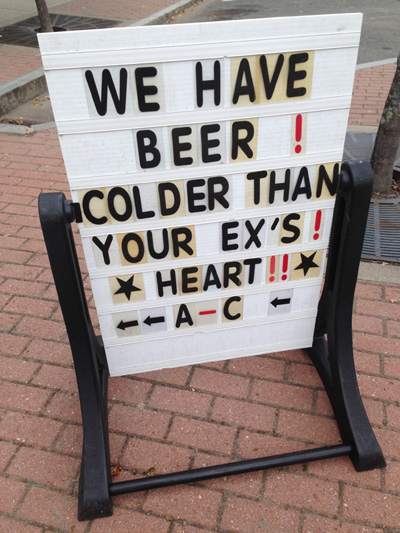 As readers of my Isabel Long Mystery Series will note, country bars are an important part of each book’s setting. After all, they are among the few public gathering places for people who live in the rural hilltowns. That’s true for The Sacred Dog, the name of the bar and the title of my book that will be released Dec. 27.

Frank Hooker is the owner of The Sacred Dog. In my last post, I revealed why his bar got that name. Originally, he named it for his wife, Ronnie, but after that ended in a d-i-v-o-r-c-e, it didn’t make sense to keep it. So, instead he renamed it after the dog he adopted, a patient stray who hangs out behind the counter and puts up with the bar’s noise.

The Sacred Dog is the kind of place where people drink, joke, and get away from their families. Occasionally, newcomers and tourists will stop by, but this is typically a watering hole for locals.

Certainly, I have spent many a Friday or Saturday night at a country bar, drinking, talking, and even dancing when there was a band. I even tended bar once. It’s a great place to people watch, a definite hobby of one. (Working the Beat, no. 5 in my mystery series, is dedicated to Steve and Diane Magargal, the former owners of Liston’s in Worthington, which Hank and I frequented when we lived in that town. No, the bars in my books are not Liston’s, but it certainly has been an inspirational place.)

Frank’s bar has its regulars. Early Stevens, a lifelong friend and most loyal customer, began delivering mail after he gave up his farm. Monk Stevens, his nephew, supports his family with an assortment of jobs, including as the town’s dump attendant. The Dixon brothers, Lloyd and Royal work the town’s only dairy farm and often smell of fresh manure no matter how clean they are. Then there is Jerry Smith who is always hiding out from his wife. Big Mary is the only woman in the group but she knows how to dish it back to the guys.

The regulars typically engage in town gossip and playful banter. I use their conversations to create a bit of levity, which I believe helps heighten the book’s dark story, which centers on a nasty feud between Frank and the one person not welcome at his bar — Al Kitchen. That’s because Frank blames him for his brother’s death in a car crash. Al wasn’t at the wheel but Frank won’t believe it. Naturally, this doesn’t sit well with Al, who grew up in a tough household. Actually, his grandmother is the only reason Al is allowed at The Sacred Dog. She begged Frank to allow him two beers.

There’s a lot more to this feud. And I will admit nothing good is gonna come from it.

Here’s an excerpt. Frank’s interest perks up when he hears the regulars talk about Al Kitchen.

“Al’s truck struck the end of the garage after he dropped a load of gravel for a new septic going in at a house in West Holden,” Monk said. “What I heard is Al took the corner too fast as he was leavin’. He just kept on goin’.”

Jerry let out a long whistle. “I mean you don’t hit the side of a garage without knowin’ it,” he said. “I’d like to hear him explain that one away to his boss. You all know what a bastard he is.”

“Guess his granny will have to pay his boss a little visit.” Monk’s head reared back, proud of his joke.

Frank glanced at Early, who tipped his head. So, it was true, he thought. Al screwed up again. What else was new? Early shook his bottle. He was down to his last sip of beer.

Early gave him a wink. “Looks like this bottle’s got a hole in it, Frankie boy. See if you can get me a real cold one this time.”

Frank laughed. “You old son of a bitch,” he said, as he reached into the cooler. “Hey, where’s Mary tonight?”

The row of men in front of him shrugged or shook their heads, except for Jerry, who wore a sly smile. The others turned toward him.

“Oh, a little bird told me Mary has a date,” Jerry said. “I’m not gonna tell you with who, ’cept he lives at Wrinkle City and his wife died a few years ago.”

“Vincent Snow? Him? He must be about twenty years older than Big Mary. Only real old folks can lived in those houses.” Monk sniggered. “Guess Mary’s been doin’ more up there than takin’ out the trash.”

Frank mopped the counter top. The men sitting in front of him, his best customers and best friends, had a good beer buzz working. When he looked at Monk and his Uncle Early, they seemed like young and old versions of the same man. Jerry leaned forward.

“Well, I’ll be. Mary and that guy, Vincent Snow. But, hey, we all get lonely sometimes,” Jerry said.

Monk slid off his stool and headed toward the jukebox. Frank knew what was next. Sure enough, Monk dropped coins inside the slot and moments later King of the Road began a-twanging on the jukebox. Monk, who returned to his seat, slapped in time along the edge of the bar. Beside him, Jerry joined in. Their heads were back, and their voices squeezed high.

Someone at the tables yelled at them to shut up, but it was only in jest, and then the phone began ringing. Jerry began waving his hand when Frank picked up the receiver. Of course, it was Cindy Smith on the other end. Her voice was so shrill Frank couldn’t bear hearing it a moment longer. “Sorry, Cindy, I haven’t seen Jerry tonight. I’ll be sure to tell him you called if he stops by. Night now, darlin’.”

Jerry gave Frank a thumbs-up, and Frank responded in kind as he hung up the phone because tonight he felt all was well in the world.

LINK: The Kindle version of The Sacred Dog is available for pre-order. Dec. 27 it will magically appear in your device. Paperbacks will follow at some point. Pre-ordering helps with ratings and I am grateful if you do. Here’s the link: https://mybook.to/thesacreddog

ABOUT THE PHOTO ABOVE: I saw this amusing sign a few years back in front of a bar.