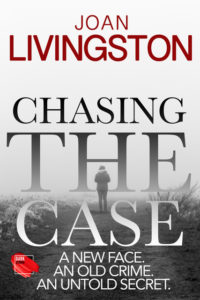 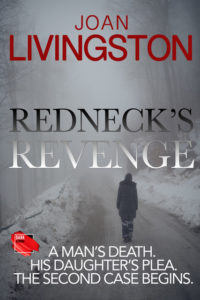 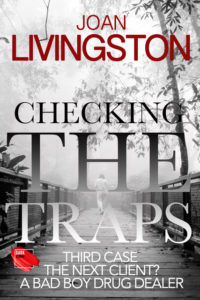 Well, here’s something new for me — working on two books at the same time. One is a work in progress and the other is a novel I wrote a long time ago. There’s a good reason for it, and I don’t mind saying it’s fun to be plunked into two different worlds.

The first book is Killing the Story, the fourth in the Isabel Long Mystery Series. Isabel Long, my protagonist and the rather sassy narrator of this series, has been hired to solve the death of the editor and co-owner of a small town newspaper.

Years ago, Estelle Crane slipped on some ice walking home one night from the newsroom and died from the fall. Everyone thought it was an accident. But then her son, who took over the paper, recently found a briefcase with papers that makes him feel otherwise.

I will share a secret: I solve the mystery along with Isabel. No outlines for me. That’s what happened with my other books. And although two-thirds of the way through, I am still figuring it out.

Could it be the town’s crooked police chief that has a history with Estelle’s family? How about his son, who’s on the force, or the nosy newcomer who was after Estelle to dig up some dirt via anonymous letters? Maybe it’s somebody else that Isabel — and me — have overlooked.

With my job as editor-in-chief of a daily newspaper, this book is taking me longer to write. To catch up on the gaps in writing, I print out a hard copy and get out the red pen.

But I have set myself a deadline of April 1, so full speed ahead.

Now, to the second book, Northern Comfort, which I wrote in 2007. My agent then came really close to getting it published. Sigh.

Northern Comfort, which I would call a literary novel, is about the dark side of a rural “New England town, holding onto its traditions of making maple, playing old-time music, and keeping family secrets.” That’s from the query letter I wrote.

It’s a heavy book that begins when a child dies in a sledding accident. His death brings together three people: his mother, the man whose sled killed him, and the father who had abandoned him.

When I picked up Northern Comfort recently, I found myself moved by the story. Yes, it is my work, but it had been a long time since I had read it, and I had forgotten my characters and the weight of the words I used. Although it is set in Western Massachusettes, it is nothing like the Isabel Long books. I have a printed copy and am going over it with a red pen. Actually I found just small things here and there to change.

My aim is to pitch Northern Comfort to publishing houses that focus on literary fiction and don’t require an agent. I have a top choice, that requires a query letter describing the book and the first 50 pages, which I’ve been editing. I showed it to two friends and I am almost ready to mail it out — the company only does snail mail.

So, here goes. Wish me luck.

ABOUT THE IMAGE ABOVE: The exterior wall at Satchel’s Pizza in Gainesville, Florida, which we recently visited.

As I often tell would be authors, there’s writing and then there’s the business of writing. When I began writing novels in earnest 17 years ago, I had one model in mind: I get an agent, the agent gets me a contract with a publishing house, my book is a hit.

As for that model, I made it to the first step twice and almost to the second. Yes, I expended a lot of energy trying that route and querying indie presses.

Ah, but the industry has changed with eBooks and the ability to self-publish successfully. So for the past year I’ve been doing it myself with the encouragement of a fellow author who’s been successful at it.

(By the way, my lack of success achieving that model didn’t stop me from writing even though until last year, I had full-time jobs as a journalist. Besides the three I have published, I have three other adult novels, a middle grade series, a bilingual series for young readers, plus a mystery I’m working on now.)

I’ll say up front self-publishing is a lot of work. And the big lesson I learned from the first novel is that I need help marketing the second.

Here’s what I’ve done in the past year. I published in paperback the first of a bilingual series for young readers, The Cousins and the Magic Fish/Los Primos y el Pez Mágico, with a translation by another author friend Teresa Dovalpage. It’s a bit of magical realism with characters one might find in Northern New Mexico where we live.

Next came Peace, Love, and You Know What, a fun romp inspired by my own experiences in college, in eBook and paperback.

Did I make any money on Peace, Love, and You Know What? In terms of what I dished out, I would say I broke even. Of course, I’m ignoring the reams of paper and printer ink, plus the countless hours I spent writing and rewriting the novel.

Admittedly, the writing and rewriting bring me such great pleasure, so I am still ahead.

I am grateful to those who have read the novel and even posted reviews because they enjoyed it. (It has 11 five-star reviews that were unsolicited.)

I just released The Sweet Spot, the first of my hilltown novels. (I’ve included the synopsis below.) For the paperback, I opted this time for a matte cover, paid for an image I felt represents the novel’s contents, and chose a slightly bigger font. As I’ve posted before, I read and reread that novel countless times as my own editor. Of course, my designer worked her magic. It’s a pretty book for those who like paper in their hand or on their screen.

I followed suggestions of having a great cover and posting social media leading up to the launch and after. The blog posts on my website featured characters and themes with excerpts from the novel. I scheduled a reading in Taos, where I live, for later this month. Copies of my novel are in the local stores.

So how’s the business of writing going? I’d say on the modest side. But this time, I don’t plan on being so stubborn about it.

Upon the recommendation of yet another author friend, I have turned to BooksGoSocial, to get the word out. This outfit, based in Ireland but with an office in the U.S., aims to gives an author’s book a much broader reach via social media than certainly I could ever muster at what I believe is a reasonable price. (My attempts at Kindle and Facebook ads were flops.) It also offers training in marketing via social media.

The BooksGoSocial promotion for my novel The Sweet Spot started March 10. They will be tweeting the heck out of it and giving advice on what I can do. I will let you know how it works out. My mission: more readers and income from my writing.

By the way, I am giving a presentation on publishing options at the inaugural Taos Writers Conference by SOMOS, the next day, March 11. I will be glad to pass on the lessons I’ve learned.

As promised, here’s the synopsis for The Sweet Spot:

Edie St. Claire is smack in the middle of what’s going on in Conwell: her in-law’s general store, the Do-Si-Do Bar, and this small town’s biggest scandal in years.

Her father is a crusty so-and-so who runs the town dump. Her wisecracking aunt is as fiery as her dyed red hair. Both live next to Edie and her young daughter.

Edie is a woman on the go, pretty and direct, but she holds onto an old sadness: the death of her husband in Vietnam. She tries easing her grief with his married brother, Walker.

But when the affair comes to a tragic end, Edie does her best to survive the blame with the help of her rough-sawn family and a badly scarred man who’s arrived for his fresh start.