Here is some exciting news for those who like to read books the old-fashioned way: the paperback version of Checking the Traps is now available. That’s also exciting news for me as this is the third book in my Isabel Long Mystery Series. I will cut to the chase. Price is $10.99/£6.99. Here is the link to buy it: mybook.to/checkingthetraps

Most of the sales for my publisher, Crooked Cat Books, comes from eBooks. Based in Europe, its authors and market are global. (By the way, Kindle fans can pre-order Checking the Traps using the same link above. The book will pop into your device on March 22.)

But I will be honest though. I prefer touching paper when I read a book. I spend so much time staring at a computer screen for my writing and editing work. My eyes enjoy the change. (I also enjoy collecting books in hard copy — first editions that I tend to find at bargain prices in the most unlikely places.)

Anyway, here’s a blurb about the Checking the Traps that appears on the back cover:

Isabel Long is a bit banged up from her last case with a broken collarbone and her arm in a sling. But that doesn’t stop her from pouring beer at the Rooster Bar or taking her third case with Gary Beaumont, a local drug dealer who once terrorized her. Gary is convinced his brother didn’t jump off a bridge known for suicides. Somebody pushed him.

Gary’s brother was a boozer who drove for a highway crew. But what interests Isabel and her ‘Watson’ — her 93-year-old mother who lives with her — is that the man wrote poetry.

The chief suspects are one of Gary’s business associates and a famous poet who plagiarized his brother’s poetry for an award-winning book. Yes, he was that good.

As a journalist, Isabel did regular meetups with her sources for stories. She called it checking the traps. She does the same as a private investigator, and this time, she’ll make sure she doesn’t get caught in one.

Those who have read the first two in this series will find many of my favorite characters return with this one, such the feral Beaumont brothers from the second book. Then, there’s Jack, Isabel’s love interest and the owner of the Rooster Bar, plus the Old Farts, those nosy old men in the general store’s backroom, and those rough-and-tumble cousins, Marsha and Annette.

But I’ve dreamed up several new characters for this one, including a character Isabel calls the Big Shot Poet. I even made him a suspect.

Today I received a copy of the paperback for Redneck’s Revenge, the second in my Isabel Long series. As my friends in the UK would say, I am chuffed. Yes, I am pro-eBook. It’s a great way to find a new read or a new author without investing a lot of money. But there’s something special about seeing something you thought up finally on paper.

For Kindle fans, Redneck’s Revenge is ready for pre-order. Click now and it will pop into your device Sept. 26.

But those who prefer paperback can go to the head of the line and order today. Plunk down $10.99 via a credit card. Voila! It will arrive in the mail in days. Here is the link: http://mybook.to/rednecksrevenge

Books start with an idea. In my case, it was: I’m going to write a mystery with a woman protagonist that’s set in a rural area.

The other day I found a notebook with a page of notes about the book. The protagonist’s name is Isabel from the start. She loses her job managing a newspaper. Her husband walks out on her and takes half their money out of the bank on an icy day. Her mother moves in with her. Isabel gets a job at a local bar, where an old coot approaches her about his daughter who disappeared a long time ago.

That was in September 2016. I worked on Chasing the Case (not the original title) during the winter of 2017, when I lived in New Mexico, and finished it in the spring. The story changed. Isabel’s husband isn’t a cad. I bumped him off instead. Isabel does work part-time in a bar, but her first case turns out to be her first big story as a rookie reporter — the disappearance of a woman 28 years earlier. Her 92-year-old mother becomes her Watson.

I enjoyed writing Chasing the Case so much, I wrote a sequel — Redneck’s Revenge — while moving to rural Western Massachusetts, where this mystery is set.

Redneck’s Revenge is my latest book published by Crooked Cat Books, which took a chance on the series late last year.

I knew my copy of Redneck’s Revenge was arriving via the U.S. Post Office today, so I dashed out of the house when I heard the mail truck stop at our box. I tore open the envelope.

Those who have read the first — and thank you — will find many of the same characters make it into the second. Of course, there’s Isabel and her mother. Look for Jack, the Old Farts in the back room, and a woman that Isabel nicknamed the Floozy, who is one of the links to her next case. Then there’s a whole bunch of new characters since this murder mystery takes place in another fictional hilltown in Western Mass.

If you haven’t, you might want to check out Chasing the Case: http://mybook.to/chasingthecase

Isabel Long is in a funk months after solving her first case. Her relationship with the Rooster Bar’s owner is over. Then the cops say she must work for a licensed P.I. before working solo.

Encouraged by her Watson — her 92-year-old mother — Isabel snaps out of it by hooking up with a P.I. and finding a new case.

The official ruling is Chet Waters, an ornery so-and-so, was passed out when his house caught fire. His daughter, who inherited the junkyard, believes he was murdered. Topping the list of suspects are dangerous drug-dealing brothers, a rival junkyard owner, and an ex-husband.

Could the man’s death simply be a case of redneck’s revenge? Isabel is about to find out.

Intrigued? I hope you are enough to want to read it.

ABOUT THE PHOTO ABOVE: Yup, that’s me holding my new book. 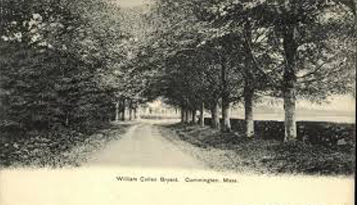 Monday, Feb. 20, the official launch day for The Sweet Spot, fast approaches. For the past couple of months, I’ve been trying to generate interest in my hilltown novel’s characters and plot. I will continue that practice over the next few days via these posts.

This has been a hectic week for Michelle Gutierrez, the novel’s designer, and me. Dissatisfied with the proofs of the book’s physical cover — the spine’s printing was off — she decided to change the design a bit to alleviate any problems. Ah, so another set of proofs had to arrive, which they did Wednesday. Voila. The cover looks fabulous. But I am holding off publishing until last minute. (With Create Space and Kindle, you can’t set a future release date.)

The Kindle version was a bit trickier. But Michelle figured out the formatting problems.

Then I had to come up with ad copy through Amazon marketing for the Kindle version. I plan to run the ad for the next two weeks at least, starting Monday. People were nice enough to weigh in on the ad copy on Facebook.

Ah, then I found out I had to reduce it all to 150 CHARACTERS. Wow, how do you reduce 80,000 words into that amount? Here’s what I came up with: Most love Edie, widow of a soldier killed in Vietnam, until her affair with his brother ends badly. Can she survive her small town’s biggest scandal?

That will appear on certain ads, like when somebody opens their Kindle e-reader.

I also came up with a headline for the other types of ads: Secrets and Scandals in a Small Town.

Of course, I will do promotion via social media, and later next month, a reading in Taos. It would be fun to return to the hilltowns of Western Massachusetts to have one.

And hopefully, those who read and like my novel will write reviews as they did for my last novel, Peace, Love, and You Know What.

ABOUT THE PHOTO ABOVE: That image of the road leading to the William Cullen Bryant Homestead in Cummington, Massachusetts was taken from an old postcard. Hank and I used to walk the old-growth forest beside it when we lived in the hilltowns. Conwell, the fictional town in The Sweet Spot, would fit nicely beside Cummington.