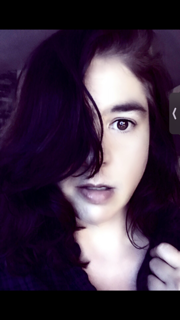 This week’s featured author for my 6Ws series is Stacey L. Pierson, whose genre is horror. (With a nod to my years as a journalist, I opted for the 6Ws of the business: who, what, when, where, why and how, which counts as it ends in W.) Stacey, a fellow darkstroke books author, says she loves to scare readers and take them on a “wild ride.” Her debut novel, Vale was published in July. Here, I will let her take over this post.

Who is Stacey L. Pierson?

Stacey L. Pierson is a Young Adult and Horror Writer, living in Louisiana. She collects horror memorabilia, which sits right next to her as she writes. From reading to watching, there’s nothing like a good scare or mystery to keep her on the edge of her seat. And spice, she loves spicy anything. She loves taking Louisiana traditions and incorporating them into breathtaking new worlds full of mystery, conflict, and the taste of revenge, taking readers on a dangerous ride alongside my characters and leaving them walking the line between reality and the unknown.

Her latest and debut Young Adult novel, Vale, is a bayou murder mystery centering around a missing girl and someone walking the dark tree lines of the bayou sending letters to the girl’s closest friends. As they rush to hide their secrets, they keep them buried as they sink further into the bayou.

At age nine and traveling the states as a military brat, Stacey used her imagination and escaped into the worlds where anything was and still is possible. She started writing poems and won the Editor’s Choice Award along with being published for, ‘When I was Ten’ and then published for the second time for ‘My Little Dragonfly’ in Collected Whispers, The International Library of Poetry in 2008. Also, she writes horror and dark comedy screenplays. The more sarcastic the better, Stacey says.

During the day she takes tons of notes from post-its to filling notebooks, which she has in every room, acts out possible scenes in chapters, and then “I come alive at night,” Stacey tells people. Panster? Plotter? She can be either. It depends on the type of story she wants or is writing. Vale is a plotted-out YA series, while a few of her horror stories she is writing are ‘open the laptop and see where the character wants to say kind of day.’

She has a small desk in her bedroom with a coffin sitting on it. As Stacey says, it’s the perfect spot next to her horror collection. If there is a time she is stumped or blocked on anything, she looks over, smiles, and knows that each one of the writers could have had the same thing before writing the amazing characters that she loves. Many writers have been an inspiration to her from the beginning as a child to now. And they are on her horror shelf as well.

“Writing has always been an escape, but more than anything I love to scare and take readers – or anyone who reads my words on a wild ride. Secretly, I hope readers have racing hearts, chilly spines, feel uncomfortable and become so sucked into my stories, they are the characters.

“It’s all about the vibe. Sometimes you have to get out of your own head and let your characters take you on their journey. They know what they want to say, so let them. There are times I’m shocked at what is happening. But it’s the best of being a writer. You can be all these different personalities and get away with it.”

VALE is available on Amazon and Barnes & Noble