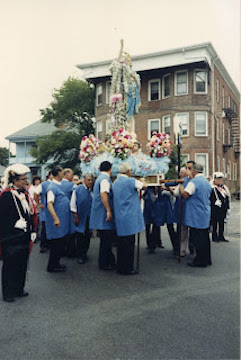 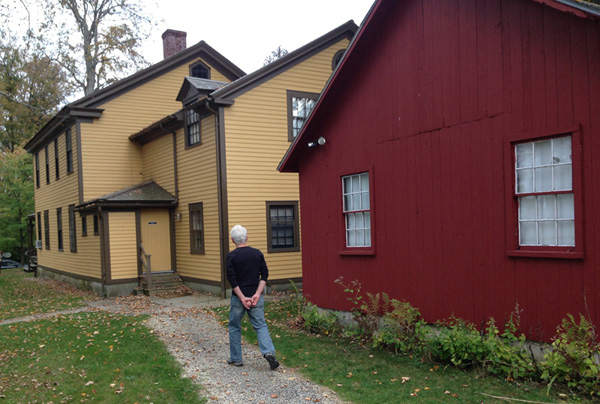 Of course, I’m playing with the opening line to that great American novel, Moby-Dick. I was inspired by a visit to Arrowhead, Herman Melville’s home in Pittsfield where the author was his most productive. Melville wrote there for 13 years, including his most famous book, Moby-Dick. A portrait of Herman Melville

I have a penchant for visiting the homes of famous creative people — homes such as Arrowhead, which was bought by the Berkshire Historical Society in 1975 — that are open to the public.

I want to see where these creative souls worked and lived. I want to feel their energy.

First, a little background is in order. I’m originally from Fairhaven, Mass., which is steeped in whaling history along with its neighboring city, New Bedford. (Every January, the New Bedford Whaling Museum holds a marathon reading of Moby-Dick. My nephew, Paul, has participated in the event, which takes 25 hours.)

Growing up, I was immersed in whaling history. In fifth grade, I wrote a paper about the Essex, the whaling ship that sank and stranded 20 men in the southern Pacific. Crewmembers survived by cannibalism. Their story is supposed to have inspired Moby-Dick.

I also read Moby-Dick as a high school sophomore, a bit of heavy reading for someone that age.

But back to Melville, he was 21, when he set sail on the whaler, Acushnet, based in Fairhaven, in January 1841. He lasted 18 months, before jumping ship in the Marquesas Islands in the Pacific. He called that voyage his college education. When he eventually returned to the U.S., he drew on his experiences to write his first five books.

Melville is also supposed to have read an article about “Mocha Dick: The White Whale of the Pacific.” When that white whale was eventually killed, the crew found 20 harpoons stuck to its body from other attempts to kill the animal.

My theory: Good writers take what they know and have their way with it. I believe Melville did that.

Certainly, there’s enough written about Melville and Moby-Dick that I don’t have to repeat it here. I do find it interesting, however, an author of his stature was unable to profit from his writing. Reviews at the time of Moby-Dick’s publication in 1851 were iffy, even negative.

In debt, Melville sold off about 80 acres. Later, he sold Arrowhead to his brother and returned with his family to New York, where he was a customs clerk for 20 years. He had a desk job, working six days a week for $4 a day.

There is certainly a lesson here for writers, like myself, who are frustrated by the writing business. Not the original desk but the spot where he wrote.

Last week, Hank and I toured the rooms in Arrowhead that were open to visitors. He admired the workmanship of the home built in the 1790s. I was most interested in the room on the second floor where Melville wrote.

Here Melville sat at a table facing a window that gave him a long view of Mount Greylock in the horizon. The story has it that the mountain’s shape reminded him of a white whale.

The original table is at the Berkshire Athenaeum — guess where I’m heading next — but as I sat in that room I got it. Through the wavy old glass and the overcast sky, Greylock indeed resembled a whale. Call me nuts, but I could feel the creative energy in that room.

That night we watched the 61-year-old movie Moby Dick, which was a bit dated. Gregory Peck plays the vengeful Capt. Ahab. The next day, I headed to the library to order a copy of the novel through the inter-library loan system. It’s supposed to come in Tuesday.

Didn’t I tell you I was inspired?

ABOUT THE PHOTO ABOVE: That’s Hank walking the grounds of Arrowhead. For more on historic site, visit http://www.mobydick.org

ONE MORE THING: I have been remiss in not posting info about my books for sale on Amazon, including my most recent, The Sweet Spot, set in Western Mass. They’re not free, but they are for the taking. Check them out: https://www.amazon.com/Joan-Livingston/e/B01E1HKIDG