In mid-March I gave away the Kindle version of Chasing the Case — the first in the Isabel Long Mystery Series — for free. Prior to that experience, I wondered why authors would make their books free for a limited time. What’s the incentive? The answer is to reach more readers and, of course, sales.

For readers who subscribe to Kindle Unlimited, the pages they read from picking up Chasing the Case added up. My hope also was that readers who took advantage of the offer would get hooked on the series and it was evident that happened when Kindle readers bought Redneck’s Revenge and Checking the Traps. People even bought books not in the series. Now that was exciting.

But let’s be realistic. You can’t depend on the positives of one promo to last forever. So I am doing it again. Kindle readers can get Chasing the Case for free June 13-14 (Saturday and Sunday).

I will be honest and say I did pay for promotion through Fussy Librarian and Freebooksy. Afterall both have a tremendous amount of book-loving followers — far more than my efforts at social media could generate. So now I am paying to give my book away … am I nuts? I will know when I get the final royalty numbers from my publisher.

And I am game to try again. Afterall, today I just sent the fourth book Killing the Story to my publishers at Darkstroke Books. There is still work to be done like final edits, covers etc. But it’s good to stir interest in the series.

I have appreciated the support people have given my writing. If you haven’t picked up Chasing the Case, here’s your chance for free. Here’s the link: http://mybook.to/chasingthecase

One last thing: Joining me on this freebie weekend are fellow authors from Crooked Cat Books and Darkstroke Books. We will be spreading the word via social media. Here’s your chance to discover a new author or more. 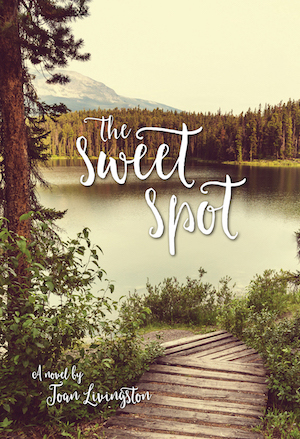 Before Isabel Long, there was Edie St. Claire, the lead character in my novel, The Sweet Spot. Edie doesn’t solve mysteries like Isabel. She’s not part of a series. But she gives readers a different take on the hilltowns of Western Massachusetts that I love to write about.

Before I tell you more about The Sweet Spot, I’d like to thank those who got their copy during the free weekend promo. The book did very well: #1 in Women’s Literary Fiction, #2 in Contemporary Literary Fiction and #8 in Contemporary Women’s Fiction. Now if people had paid outright for the book and those were the rankings, I would be over the moon. But I do get paid for each page if people who have signed up for Kindle Unlimited start reading the book. We’ll see if it pays off as it did when Chasing the Case, the first in my mystery series.

But back to The Sweet Spot …

Edie’s family has lived in the town of Conwell forever it seems. They’d what I call rough-sawn. Her father runs the town dump. Her aunt, who lives next door, has no brakes on her opinions or mouth. And Edie is usually in the middle of whatever fun there is in this town of about a thousand people — the Rooster Bar, the local softball team and her in-law’s general store. But still, she can’t let go of a deep sadness — the death of her husband in Vietnam. Gil was a sweetheart of a guy and together
they had a little girl he never met.

Edie tries to ease her pain via an affair with his married brother, but when that ends tragically, she attempts to survive the blame with the help of her family and a badly scarred stranger who arrived for his fresh start.

More about The Sweet Spot: The year is 1978. No cell phones or email or home computers. The Vietnam War ended officially three years earlier. The characters are locals, except for one important newcomer.

When I started writing this book years ago, I typed the first draft of The Sweet Spot with only one hand. It was summer 2004, and I was recuperating after getting hit by a car as I walked across the street. (The driver claimed he didn’t see me in the crosswalk.) The impact threw me into the air and broke my collarbone. It could have been much worse and I used that experience in the second book of the Isabel Long Mysteries Series when Isabel was banged up after a car crash.

Two agents tried to sell the book, and there it sat until I published it myself.

Those who have read the Isabel Long Mystery Series — thank you — will find a different tone in The Sweet Spot. Although Edie is a lively character, she’s not a smart-ass. She makes mistakes and pays dearly for them. But I sure love that woman’s determination.

Here’s the link to Amazon: The Sweet Spot