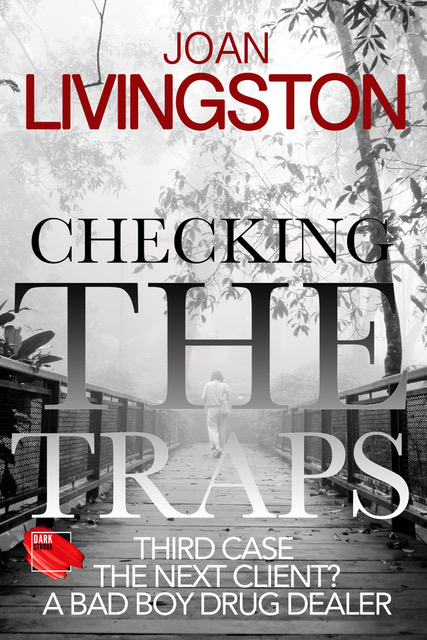 A man’s death. His brother’s doubts. Could it be a case of poetic justice?

Isabel Long is banged up from her last case with a broken collarbone and her arm in a sling. But that doesn’t stop her from pouring beer at the Rooster Bar or taking her third case with Gary Beaumont, a local drug dealer, who once terrorized her. Gary is convinced his half-brother, Cary Moore, didn’t jump off a bridge known as a suicide spot. Somebody pushed him.

Cary was a boozer who drove for a highway crew. But what interests Isabel and her ‘Watson’ — her 93-year-old mother who lives with her — is that the man wrote poetry.

The chief suspects are one of Gary’s business associates and a famous poet who plagiarized his half-brother’s poetry for an award-winning book. Yes, he was that good.

As a journalist, Isabel did regular meetups with her sources for stories. She called it ‘checking the traps.’ She does the same as a private investigator, and this time, she’ll make sure she doesn’t get caught in one.

Here’s the link to buy on Amazon: https://mybook.to/checkingthetraps