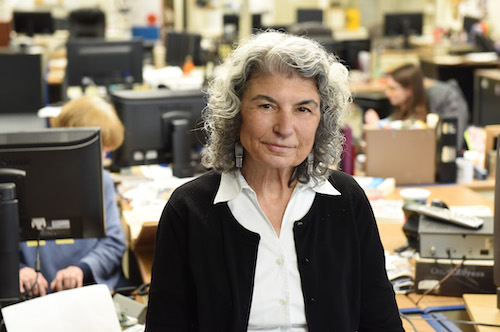 By that, I mean my last day as an editor-in-chief overseeing three daily newspapers. Yes, I am finally leaving journalism after over 35 years in the business.

Retiring? I guess I could say that. But it’s actually my second time.

The first was in 2016 as editor-in-chief of the Taos News in New Mexico. I kept my hand in it doing book reviews, but I also helped adults working to get their GED and taught creative writing to kids in fourth grade. After we resettled in Western Massachusetts, I saw a classified ad that the Greenfield Recorder was seeking an editor. A couple of months later I was leading the daily newspaper, then later that year, I picked up another. And over a year ago, I was asked to lead the company’s papers in Northampton. That’s when I became the Pioneer Valley editor-in-chief. I only intended to continue for one year and that’s what happened.

Jan. 7 was my official last day although I will stay on four more weeks to help in the transition for the person taking over my role. I want him to succeed. I want the papers to thrive. People need local journalism, these papers’ forte.

Now I will concentrate on my own writing — the novels I write — and do some freelance editing. I have other plans.

When I was a kid, I never thought I would be a journalist although I will admit a fascination with newspapers. But being a reporter, columnist, and editor taught me a great deal about writing, and frankly, being an author has always been my dream. As a reporter, I had to pay attention to what people said, how they said it, and the way they behaved. I practiced writing nearly every day. My lessons continued when I became an editor. Journalists are supposed to be fair, objective, and accurate. Fortunately, I can abandon that in my fiction.

The best part of being a journalist for that long was the people I’ve met and certainly, the ones I worked with. I have a treasure trove of experiences.

Along the way I learned how to be a boss. I recall being sent to a one-day conference. The one useful thing I learned was that when employees were asked what was most important to them, the number one response was feeling appreciated. A light went off.

Making the people that “work under me” feel appreciated has been a goal ever since. I am fiercely protective of my staff — I joke I am the mother wolf and these are my pups — but naturally a few times, I have had to deal with serious internal problems.

Then, there are the readers and sources. For the sake of objectivity, I may be friendly but they are not my friends. How have I dealt with those who are unhappy with coverage, in particular rude and/or threatening people? I will listen. If they’re right, I will admit it. If it’s a standoff, well it’s that ol’ we will have to agree to disagree. The one thing I will not tolerate is someone swearing at me. I hang up.

On Friday, I removed the last bit of personal items in my old office and moved to a desk in the newsroom. As I worked on the Saturday paper, I joked it was more fun out there. We had pie — thanks to the news editor. I was presented gifts and a card with touching comments from the staff.

Yes, it has been a great run. Thank you.

ABOUT THE PHOTO ABOVE: Paul Franz, photo editor for the Recorder, took that photo of me for a story.

9 thoughts on “Friday Was The Last Day”