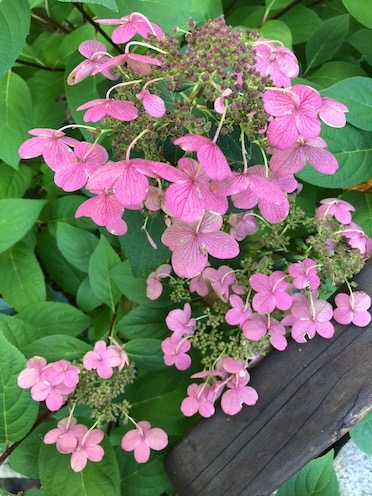 FIRST THINGS FIRST: My website was out of order for over two days when I foolishly “hit all” when updating its plugins. As a result, viewers would see that accursed white screen of death and I couldn’t log on to my website to fix it. I read countless articles and watched videos etc. No luck there. But thanks to Shivam, with tech support for GoDaddy who likely lives halfway around the world, and step-by-step emailed instructions from Travis Johnston of Creo Coding who lives in my village, I finally figured it out. A big relief for sure. Now onto the content I had hoped to file Friday.

I can’t think of a better name for a convenience store in the middle of nowhere than the Pit Stop. It came to me in an inspiring moment when I was writing Redneck’s Revenge, no. 2 in the Isabel Long Mystery Series. That’s before the previous owner got himself into a heap of trouble, and in the next book, it got sold to cousins Annette Waters and Marsha Dunlop with Marsha’s guy sort of a silent partner.

This is what I imagine when I think of the Pit Stop. It’s kind of a shack with pumps out front and a parking lot large enough to hold a pig roast, which is what happens for an open house in book no. 4, Killing the Story. Annette’s son, Abe lives in a small apartment in the back. The store offers the usual assortment of staples, such as milk, cigarettes, and beer.

The décor is what I would call country chic. Besides the usual beer signs in the window — like the one above that I photographed on a local convenience store — and on the walls, it has a mounted deer head and pheasant inside instead of the NASCAR paraphernalia the previous owner displayed. The Pit Stop prefers cash and you gotta pay before you pump. Gas prices are a little higher here, but it’s convenient having pumps in town for those who forgot to fuel up in the city.

Annette aka the Tough Cookie and Marsha aka the Floozy are women you don’t want to mess with. Neither holds back what they say. Plus they are a source of info and amusement for Isabel. Often, she and her mother, Maria, her partner in crime, will visit. Typically, Marsha works the counter. Annette, who runs a junkyard and garage, will stop by. As natives, they have a handle on who lives here and what they do. Isabel will ask if either of them has info about somebody they want to meet and get some gas. Besides, you never know who you might find there. Sometimes that can be an unpleasant encounter as Isabel and her mother experience in Following the Lead.

But here’s another scene from Following the Lead. Isabel is looking for info about man who is a person interest in her missing person’s case.

Next we go to the Pit Stop, which isn’t that far from Baxter’s, not because I need gas although I will get some anyway but to quiz Marsha aka the Floozie. Marsha and her cousin Annette took over the place earlier this year, but being co-owner and the person most frequently behind the counter, she might know something about Robert Todd. It’s likely he even gasses up there since the Pit Stop has the only pumps in this part of the hilltowns. Otherwise you have to pray you make it to a station near the closest city or plan way ahead before you go home.

Marsha is on the phone behind the counter, but she says, “I’ll catch you later,” to whoever is on the line and hangs up. She comes around to give my mother a hug, which surprises both of us since Marsha isn’t the hugging kind and you know how my mother feels about it, and a slap to my arm, which is the Floozy’s usual form of endearment to me.

“You two look like you’re up to somethin’. Am I right?”

“Besides getting some gas, we could use a little info for my new case.”

Now recovered from her hug, my mother says, “You were so helpful Marsha in the last one. Isabel is trying to track down a person of interest we believe lives around here.”

Person of interest? Both Marsha and I smile at my mother using that phrase. I believe Marsha enjoys our visits although I make sure to spend some money. After all, she’s manning or make that womaning a store in the middle of nowhere. I am very aware a customer could show up any time to buy gas, beer, or cigarettes, or all three, which will require her attention, so I plan to get right to it.

“Do you know a man named Tim Todd?” That draws a blank expression. “No? How about Robert Todd?”

I pull out that photo again. Marsha’s lips scrunch up a smile as she nods.

“Yeah, I know the guy. Comes in for gas. Smokes, but only that American Spirit brand. The beer we carry ain’t good enough. He laughed at that California wine we carry. I like to call him Bobby just to tick him off.” She uses the tip of a finger to push up the end of her nose, a sign my own kids used to brand someone a snob. “And why in the hell are you interested in him?”

LINK: Following the Lead is ready for pre-order. Do it today and the Kindle version will magically pop into your device Nov. 3. You can find it on Amazon with my other books: https://www.amazon.com/Joan-Livingston/e/B01E1HKIDG

Thank you if you do.

ABOUT THE IMAGE ABOVE: I have fallen in love with hydrangeas. I have planted four in my yard. And everywhere I go I see bushes.