I am lucky to have two offices. One is a room inside our home where I write in the early morning, usually with a large cup of coffee. The other is outdoors in the ramada. 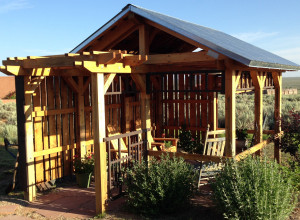 Three years ago Hank, with help from our son Zack, built the ramada, which by description is an open shelter. But being a skilled woodworker and a bit of a perfectionist, Hank built a ramada that is timber-framed wood with a tin roof. The floor has slabs of sandstone. It comes with views of the Sangre de Cristo mountains and the sage-filled mesa, plus a nice breeze and wi-fi from the house.

What more could I want during this spell of hot weather?

But I am not the only ones who feel that way. A bird has built a nest beneath the eaves in a spot that’s inaccessible unless you can fly. (Last year, a bird built a nest in another part of the ramada, but that didn’t work out.)

I am not a birder but my best guess from checking a bird book is that it’s a canyon towhee. The feathers are light gray and there’s some buff color.

Things must be getting serious because mother and father don’t like it when I — or anyone else for that matter — sit in the ramada. The father perches somewhere above in the ramada’s beams or on the house to sound a warning chirp. Sometimes he puffs himself up. He is relentless. The mother chirps too when she’s not sitting on the nest. (I can only see her tail when she does.)

Here is a recording of the father I saved on my phone:

I’ve tried talking in soothing tones to the birds. “I come in peace,” I tell them. But they don’t believe me. I resist trying to see if the eggs have hatched although last night the mother had a worm or something in her beak as she was returning to the nest so maybe they have.

It’s a dilemma. I enjoy working outside. Hank built the ramada because we need shelter and shade from the strong sun. But I don’t like stressing the birds.

I once had an agent who wanted me to join writing groups, because he once heard a famous author say he had been a member of one. I told him I am not a joiner of any group, that I’m a solitary writer. I don’t like sharing my writing until it’s done or close to it. But these days, alas, that’s not true.

ABOUT THE PHOTO ABOVE: That’s the ad for my novel Peace, Love, and You Know What that is running on the website of The Taos News, which is taosnews.com. Designer Jason Rodriguez created the ad, which takes anyone who clicks on it to Amazon. Thank you to my former colleagues, especially publisher Chris Baker, at The Taos News for their support.

Here is the link Peace, Love, and You Know What on Amazon 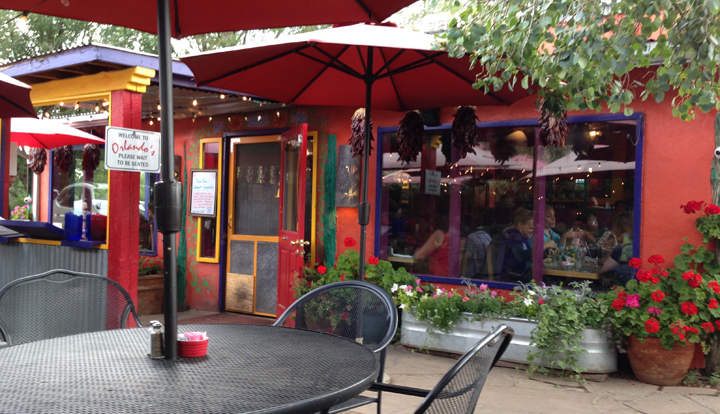 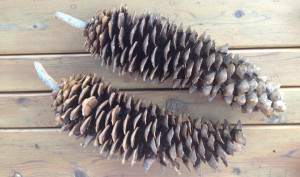 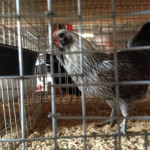 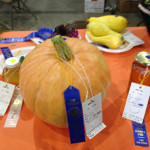