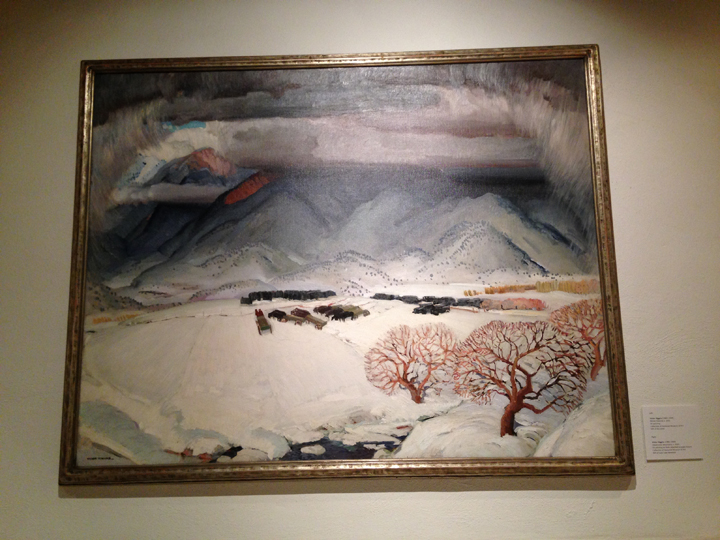 Last week the New England Newspaper and Press Association named the Daily Hampshire Gazette in Northampton the “Newspaper of the Year.” I am happy for my former paper.

First, I know how hard the newspaper’s staff, including many of my former colleagues, works to cover the communities of Western Massachusetts. I follow the news from afar still on its website www.gazettenet.com. Besides the hard news, such as holding government officials accountable, the Gazette balances it with the fun stuff. Here’s an example: Take a look at Jerrey Roberts’ photo from the paper’s website of Ellen Bartos walking her horse, Teddy, from a neighbor’s pasture back home. The cutline notes the woman’s horses are enjoying the “last of the good fall grass.”

I am now the managing editor of The Taos News, a weekly paper in Northern New Mexico, and I owe my start to the Gazette.

I never took a journalism course or wrote for a newspaper but an editor agreed to take me on as a correspondent for my town of Worthington, population 1,200. Worthington has one church, one bar, and one stoplight. I had to get the story right. After all, it was most likely I would run into the people I quoted at the town’s only store the next day. The front page  of the weekend  Gazette

When I first started, I used to write my story on a typewriter and drive it down to the newsroom where one of the staff would type it into the system. Then, the paper gave me a Radio Shack laptop that showed seven lines of copy on its screen. That’s all the computer could do, plus send the story over my phone line to the newsroom. I got paid by the inch.

I used the laptop for years until I got my own computer.

My territory expanded to other hilltowns. I covered meetings, events and any news that concerned each one. I wrote features. The hilltowns may have been small but they were rich with interesting country people and at times controversy.

As a result I became a braver person. I ask Tony Lake a question in his White House office in this photo by Gordon Daniels when he worked at the Gazette.

Eventually, I got to take on tougher stories such as the closing of a nuclear power plant. I interviewed Tony Lake, national security adviser under President Bill Clinton who had a farm in Worthington, at the White House.

I was hired full-time as a reporter, then a columnist, line and copy editor during my 21 years with the Daily Hampshire Gazette.

I figure those early years working as a correspondent were the equivalent of a BA in journalism.

Now I oversee the production of a newspaper, which wins its share of awards. I believe our staff covers the heck out of this community.

So I am grateful to The Daily Hampshire Gazette for giving me a chance long ago and for teaching me about community journalism. Congratulations, friends, for a job well done.

ABOUT THE TOP PHOTO: I snapped this photo today of Victor Higgins’ painting “Winter Funeral” hanging in the Harwood Museum of Art. It is my favorite Taos painting and the subject of my story for The Taos News’ Winter Visitor’s Guide. 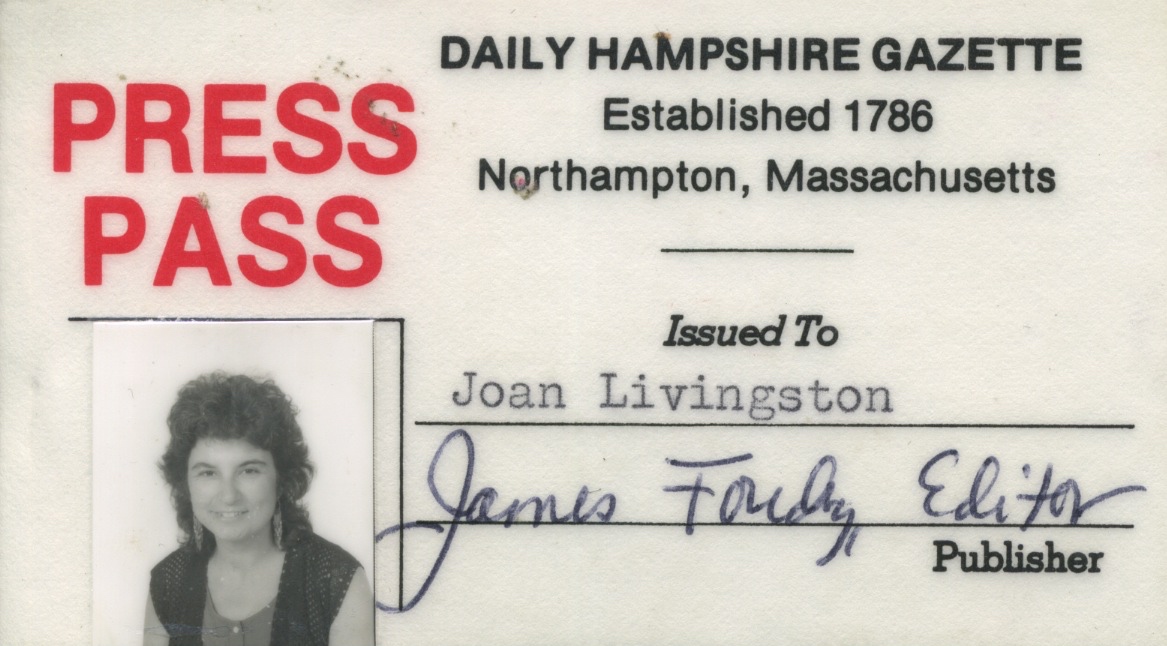 When I set up the bio for this website I posted a photo of my first press pass with the notation I only used it twice: at the White House and the Cummington Fair. My friend Teresa said there must be a good story there. Yes, and here it is. When Bill Clinton was elected president, he chose Anthony Lake, who advised him on foreign policy during the campaign, as his National Security Advisor.

Tony and I had something in common. We both lived then in Worthington, a very small town in western Massachusetts. He had left behind Washington, D.C., where he was heavily involved in national and international politics, to raise cattle and teach at one of the local colleges. I knew Tony from covering the town — plus others — as a reporter for The Daily Hampshire Gazette in Northampton. I recall once when Tony came to a Worthington health board hearing — one neighbor was complaining about another’s pigs — and he spoke up for the pigs.

When news broke about Tony’s appointment, he was gracious enough to grant me an interview. He wanted his neighbors — in the broadest sense — to know what he was doing.

Anthony Lake, then Clinton’s National Security Advisor, and me in the White House

And then, when he was in office, he consented to an interview at the White House. Gordon Daniels, a photographer for the Gazette, and I traveled to D.C. He gave access to those who worked with him. That’s Gordon’s photo of Tony and me. It looks like we were having a good time. I believe we were.

Yes, White House officials did a background check and yes, I had to show my press pass at the gate. I bet things are more stringent post-9/11.

Now for the other time I used the pass. The woman at the gate of the Cummington Fair seemed to doubt I was there to do a story for the Gazette. I never had to use the pass in the hill towns, where I could cover fires, accidents, crimes, trials, meetings, etc. with only a hello to whoever was in charge or by just showing up. Maybe the woman thought I was only trying to get in for free to view the farm animals and vaudeville show. But after a close inspection, I was allowed inside for free. Yes, I did do a story.

I do have a press pass at The Taos News, where I have worked for nearly eight years, seven as its managing editor. I really don’t have a need for a pass. But one time I was part of the team covering Taos Pueblo’s 40th anniversary celebration of the return of its sacred Blue Lake. I don’t remember why but I clipped the pass to my jacket. The Pueblo man directing traffic spotted it and directed me to the VIP parking. Well, that was unexpected.