It’s all in the timing: the punchline to a good joke; getting a deal on an airline ticket; and, for me, the launch of my next novel. I am writing about The Sweet Spot.

As loyal readers know, I’ve been pitching The Sweet Spot recently, saying it would come out very soon. It’s the first of my so-called hilltown novels, which take place in rural Western Massachusetts, where I once lived. Set in 1978, the novel has a big scandal, a nasty feud, and interesting country folk living in the fictional town of Conwell. As usual, I love my characters, including one very flawed man.

Now, I officially announce the launch date of The Sweet Spot will be in January, more towards the middle than the end.

There are very practical reasons for the delay. I kept reading the manuscript over and over and over, forwards and backwards, on the screen and paper. I’m doing this on my own and want to get it right.  Also, Michelle, the book’s designer, has other obligations.

We could have launched the novel in late November or early December, but that seemed like a bad idea, given the pre-Christmas shopping frenzy. Frankly, I don’t think my novel would be on anyone’s wish list, save for a few dear friends and family members.

January seemed like a smarter move. New Kindle and tablet owners will be looking for novels to read. People will be hunkering down with books because it’s winter.

Michelle and I met last week, now that she’s read the entire novel, to talk about cover ideas. I am going to read the manuscript one last time — I promise — before I hand The Sweet Spot over to her, so she can get it ready for paperback and Kindle. This time, we are releasing both versions at the same time.

During the time leading up to the launch, I will be giving updates, including a peek at the cover and snippets of copy. I will tell you about the main characters, such as Edie, Walker, and Harlan. Then there’s Edie’s old rascal of a father, who runs the town dump, and her outspoken aunt. The Sweet Spot is far more serious than my first novel, Peace, Love, and You Know What, although like real life, it has its comic moments.

When I think about it, January is not that far off.

ABOUT THE PHOTO ABOVE: That is a glass of Harvey’s Raw Apple Cider I bought at the Taos Farmers Market last week, the last time it will be available in Taos this season. Unpasteurized cider is illegal in New Mexico, except at farmers markets. The full-bodied cider tastes just like what I used to drink in New England. Delicious.

My new experiment: audio. It’s part of my effort to get my writing out to as many people as possible. I’ve done digital and hard copy versions of my first release, Peace, Love, and You Know What. Oh, why not audio?

A friend recommended a microphone to go with my Mac. I’ve read a lot about the process. And I have a relatively easy project for starters: the very-soon-to-be-released Professor Groovy and Other Stories on Kindle.

To backtrack a bit, Professor Groovy is a collection of four stories that have the same characters as Peace, Love, and You Know What. I wrote them before I was inspired to write the novel. Actually magazines picked up versions of two of them. My hope is that people who read or listen to Professor Groovy will want to do the same with Peace Etc.

I decided to do audio for Professor Groovy first for a practical reason. The word count for the four stories totals 10,000. Peace, Love, and You Know What is much heftier at 80,000. I will tackle that one soon along with the first in the Los Primos bilingual series (with my collaborator Teresa Dovalpage).

Then I had to learn how to do it. I am using the GarageBand program so, of course, I had to play around with it. After some small issues (had to put reverb at zero to eliminate an echo), I think I’ve got it down in my practice sessions.

The funny part about this project is listening to my voice. I’ve learned that readers, or in this case, listeners, like to hear authors read their work. I know I did when I was listening to books “on tape” when I commuted Back East. And frankly, I don’t have the bucks yet to hire a narrator.

So what’s my voice like? When I play back the practice sessions, I believe I’m listening to a pleasant one. It isn’t professional or a nice radio voice.

I still use R’s in the odd ways people from New England do. (My former newsroom staff thought my pronunciation of words like “idea” hilarious. Of course, idea needs an R at the end.)

I’ve used my voices in various ways: public speaking, talking on the phone, one-on-one conversations, group settings etc. There are my inquisitive, persuasive, and calming voices.

I would say this is my reading voice, the one I used to tell my six kids, and now my granddaughter, a story. I wanted to make my voice interesting so they stayed with the book, but not corny. This isn’t Dr. Seuss after all.

ABOUT THE PHOTO ABOVE: That’s a bit of the flower garden inside the fence. Note the sagebrush on the other side and my neighbors’ homes on the hill. 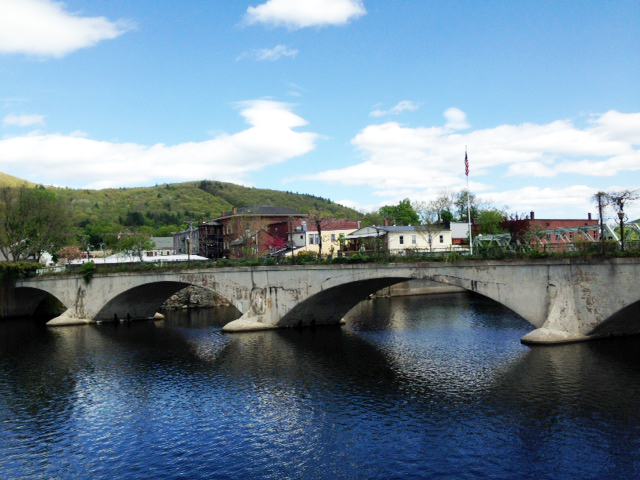 About a month ago, I launched Peace, Love, and You Know What on Kindle. First, thank you to everyone who purchased my novel. It has been my pleasure to share what I wrote with you.

And as I’ve offered before, there is writing, and then there is the business of writing. I believe I have figured out a lot about the first part. The second? Well, it’s still a learning process.

I began connecting words and getting paid for it in 1985 when I was hired as a newspaper correspondent. Fifteen years later, I began writing fiction.

I had two agents and let them go. I received countless rejections, and worse, no responses from other agents and publishing houses.

But I still kept writing fiction. I have completed five adult novels, including Peace, Love, and You Know What, and three in a middle grade series (a fourth is in progress), and three of a bilingual series for kids. As the I Ching states: “Perseverance furthers.”

So what about the business end? I did my research before venturing into this experiment in self-publishing and ePublishing. I talked with others who did it.

I hired a great designer (we worked together at a newspaper) who created not only the cover but also the book’s layout. I set up an author page on Amazon and linked it to this website’s posts. (Still working on the video.) I let those who follow my author page, plus other social media know every step of the way.

I check my author and sales rankings daily, sometimes more. I am thrilled when they are doing well, philosophical when they aren’t.

I did try an ad on Kindle. I budgeted a certain amount for each click-through. The novel got tons of impressions, about 85,000, but only three sales. So I terminated the ad before its schedule end. But I may try it again.

I am planning a Kindle Countdown, in which the book’s price will be discounted over a seven-day period. That will begin June 8. I wisely delayed the start because currently I’m on the road and unable to spend much time on the internet.

I may look into hiring a social media outfit to promote the book. An author friend recommended one he says helped with sales. Other outfits have contacted me. I am up in the air about that. I certainly could do more on my own.

Of course, many people have told me they are waiting for the paperback. I understand. After working on a computer for many hours, as I did in the editing job I just left, I prefer the weight and texture of a book in my hand. Plus when I do a reading later this month, it would be nice to have books on hand to sell. Good news: Michelle is almost done with paperback version.

So what else will I try? I am still planning the prequel that I mentioned in the last post. But I need the solitude of my home office to get that done. I may release another of my novels so I have a body of work.

And I will work my darnedest to let people know that I have a book that they might like to read. Yup, perseverance furthers.

ABOUT PHOTO ABOVE: That is the view of the Deerfield River outside the future home of Floodwater Brewing, which my son Zack will be opening in Buckland, Mass.