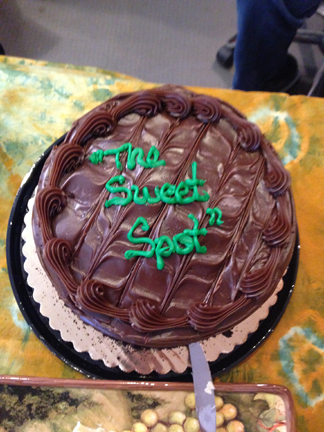 The comma became a recent internet sensation when a court in Maine kept a lawsuit alive in which dairy drivers are seeking $10 million in overtime pay. I’m rather proud to say the comma was a key piece of evidence for my suit in small claims court although at a much, much smaller amount.

In the Maine suit, the ruling rested on the lack of the so-called serial comma, which was missing between “packing” and “or” in the phrase “packing for shipment or distribution.”

What’s a serial comma? It’s the one used after the second to the last item in a list of three or more.

David Baron, the circuit judge in Maine handling the case, is quoted as saying, “For want of a comma, we have this case.”

I was amused because I used the humble but meaningful comma to my advantage. I claimed the insurance company that sold us an extended warranty should cover the cost of repairs after the engine block on our Subaru cracked.

Naturally, the company said no. It wasn’t going to dish out the nearly thousand bucks we paid to get the car back on the road.

That was years ago, but I recall blowing up a photocopy of the contract — with the significant comma — as evidence the repair should indeed be covered. Yes, it came down to a serial comma.

The judge at the small claims court agreed with me.

I guess the company saw the error of its ways because it sent someone with a check to the hearing.

(I also brought along the cracked engine block. The mechanics were amused but supportive when I asked for it.)

During my 30-plus years as a journalist, I will admit to having a very casual relationship with commas. They don’t appear in news stories as often as they do in other types of writing.

That includes serial commas, which are not used except when absolutely necessary. My theory is that long ago the guys in the pressroom decided to save on ink by eliminating most commas.

Admittedly, commas have a more important role in my fiction, which has taken over my writing life. It meant I had to study their proper usage. Fortunately, I found numerous online sites. Yes, I have the venerable “The Elements of Style.”

I refer to them when I find myself slipping into my old ways.

ABOUT THE PHOTO ABOVE: That was a delicious cake Betty at Op. Cit. Books in Taos had at my reading March 25. Yes, she had the bakery put the title of my new novel, The Sweet Spot on the top. How fitting!

And for those wanting a copy of The Sweet Spot here it is on Amazon.