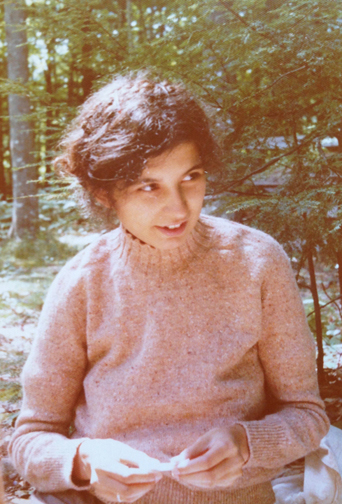 Last week I reinvented myself as a published author with the release of my novel, Peace, Love, and You Know What as a Kindle eBook. For over thirty years, I have worked as a journalist, but that’s about to change. For half that time, I was a fiction writer who kept at it despite countless rejections. Ditto.

Change is inevitable. But I prefer to seek change rather than it seek me. So I have to say reinvention is nothing new for me.

Long ago, I went from being a shy, smart, good Catholic girl to a little-bit wild, hippie girl. (I held onto the smart part.) Much of that you will find in my novel, Peace, Love, and You Know What.

A big change came when I was hired as a correspondent to cover the hilltowns of Western Massachusetts. I was writing again, but also reporting on the news where I lived. It was a good schooling, listening to the way people talk and watching how they behave. I became a full-time reporter, then moved up the ranks.

I started writing fiction after I became an editor. One day it became part of my every day. My first novel was The Sacred Dog, which a New York agent loved but was unable to sell. I didn’t let that stop me. I became the persistent writer.

(By the way, I burned or deleted my rejections without a formal tally, but I believable it’s sizable.)

I have completed five adult novels — I am also the persistent rewriter — plus a series for middle-grade readers, and in collaboration with my friend, Teresa, a bilingual series.

I began writing Peace, Love, and You Know What, when we moved to Taos nearly ten years ago. I tried to find a home for it, as they say, but was unsuccessful. Earlier this year, I picked it up again, and saw the book’s potential. I can’t count how many times I went over the manuscript to get it right.

Now, Peace, Love, and You Know What, with its remarkable cover by Michelle Guiterrez, is out there for readers to try (you get to sample the opening for free) and buy. If it’s to your liking, I’d love a review on Amazon.

Soon it will be in paperback and I will give it a go doing the audio.

Early in May I am leaving my job as the managing editor of a newspaper, a job I’ve held for nearly eight years. It’s no secret: the job was advertised and as of last week, my successor found. I will write more about this in a future post.

Those who know have asked what I will do instead. My answer: I am reinventing myself as an author. And I mean it.

PHOTO ABOVE: Yes, that’s me in an early incarnation of Country Girl.