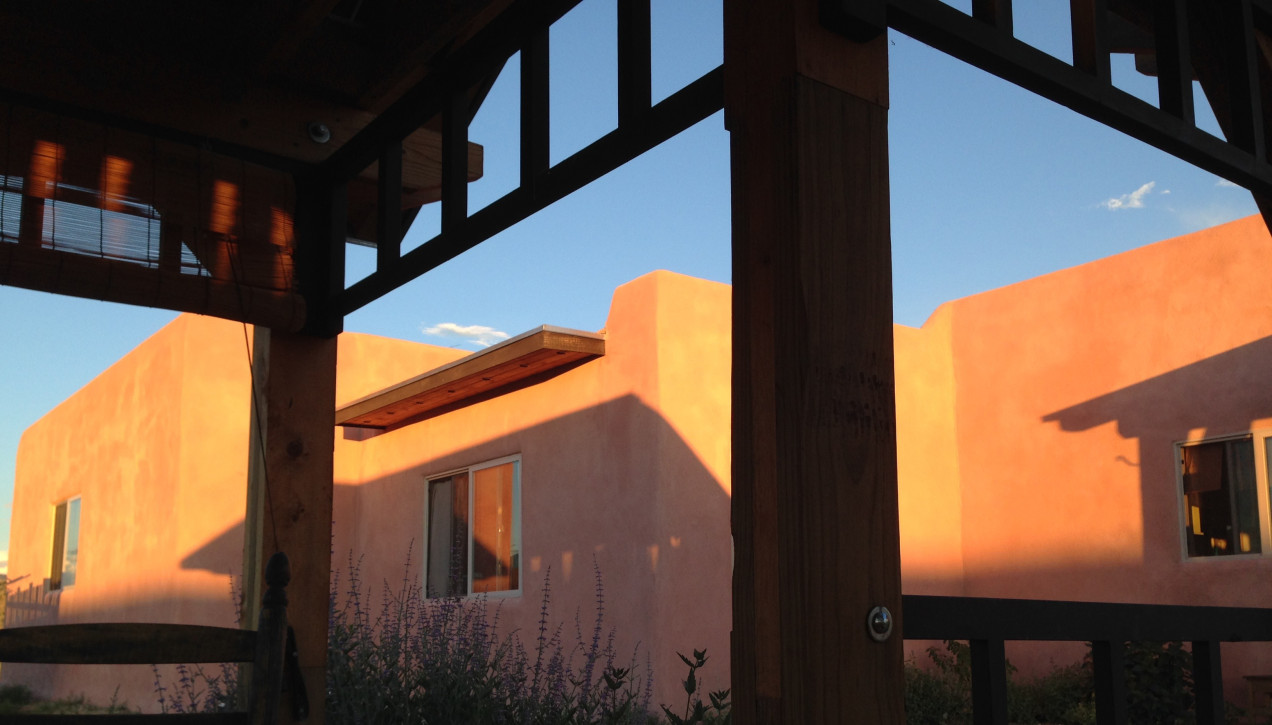 I have interesting volunteers in the garden this year — plants I didn’t plant but are producing food.

The dill and coriander are a given. Their seeds spread on my beds, and if I let the dill, it would overtake the garden as if it were entitled to it. I allow it one small patch.

I also have a couple of tomato plants, which I bet are the cherry variety. I have found a few arugula plants.

But earlier in the season, even before the seeds I sowed showed any progress, squash plants began growing. Their seeds come, of course, from my homegrown compost. Instead of yanking the plants, I let them be. Squash in my garden

I’ve watched the squash plants grow, flower and grow some more. When I was gardening yesterday morning, I found rather large pumpkins (or they could be the local calabacitas) and buttercup squash. Beans, lettuce and cucumbers are nestled among their spreading vines.

My garden is going strong this season given the rain we’ve had so far in Northern New Mexico. Yesterday I harvested the potatoes and onions to store. Weeks ago I dug up the garlic — this year’s crop has huge, tasty bulbs. The peas are still producing and we are on our second crop of lettuce. Then, there are chard, kale, beets, and the earliest they’ve ever reddened, tomatoes. Soon I will have cucumbers and beans. We don’t need to buy anything.

But back to those squash plants. I hadn’t planned on growing squash this year. Actually my previous attempts have been less than successful. So I am thankful for this unexpected bounty.

I felt the same last night when the sun’s light hit our house’s stucco walls while we sat outside in the ramada. The photo above is proof.

I feel the same way when a piece of writing goes a certain way and I didn’t see it coming. I just let it grow and see what it will produce.