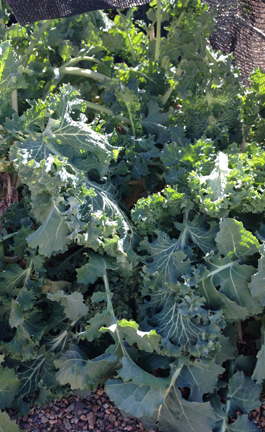 I like characters who are crusty old coots. My next novel, The Sweet Spot, has good one. His name is Alban Sweet.

The Sweet Spot is the first of my hilltown books to be launched, this one in January. As I’ve explained before, they are set in a rural stretch of Western Massachusetts, where my family and I once lived. I also reported on it for a local daily.

The town of Conwell and the characters in my book are fabricated although, heaven knows, those little towns (population 1,200 and fewer) are full of characters. Alban Sweet, who is known as Benny to most everyone except his late wife, his sister, and a few of the old-timers, would feel at home.

He’s Pop to Edie, his daughter and the novel’s main character. His granddaughter calls him Poppy.

Alban is a rascal of a guy who has run the town dump for about 35 years. (The novel is set in 1978.) He brings home the stuff people toss out that he feels still has some value. The outbuildings behind the home he shares with Edie is full of the junk. Yeah, he’s a bit of a drinker.

And he has a notorious feud with the town’s road boss because he keeps borrowing stuff from the highway department without asking. In keeping with a good feud, the road boss makes sure his dirt road is plowed and graded last.

Alban loves his daughter and granddaughter, Amber. (His other two daughters won’t have anything to do with him.) He would do anything for them. His love is true.

By the way, Alban is made up and not based on anyone real although I will admit I have met more than my share of crusty old coots. And, yes, my other hilltown novels have them.

Here’s a scene from early in the novel. Edie and Amber have just returned from a Memorial Day party at her in-laws. Earlier that day, the town has a ceremony to honor the soldiers who died in war, including Edie’s husband who was killed in Vietnam. Alban wasn’t invited to the in-laws’  because he got stinking drunk one year and insulted one of the guests. So, Edie and her daughter brought Pop a plate of chicken and the fixings from the party. By the way, the character, Harlan Doyle, has a significant role as the book moves along.

Edie watched her father eat. His thick white hair fell in front of his eyes. She needed to cut it again.

Pop ran a hand over his whiskers. He grunted.

“I straightened up the place,” he said.

Edie laughed because the room was filled tightly with junk. The kitchen sink was stacked high with dirty dishes. She and Amber would have to wash them tomorrow.

“When I got sick of that, I got the mower started and tried to cut the grass, but it’s gotten so goddamned high. I’ll have to use the weed whacker from the highway garage.”

Pop cut two short rows in the grass before he left the mower next to the old doghouse filled with gas cans. Edie wasn’t surprised. The closest distance between two points for her father was usually a crooked line.

Edie planted a hand on her hip.

“I saw how far you got. It couldn’t have taken very long,” she said.

“I tried to take a nap on the porch, but there was too much hammering next door. Bang, bang, bang, that’s all I could hear.”

The Doyle place was located at the bottom of their dead-end road, closed up after the last Doyle, Elmira, died, and the family who lived elsewhere couldn’t decide what to do with the property. It must have been three years ago, and Pop got a few bucks keeping an eye on the place.

“Somebody moved in? Elmira’s house has gotten really rundown.”

Pop glanced up from his plate.

“I went over to see what’s what and met the fella. Damnedest face I ever seen. Scars up and down like somethin’ clawed him. He walked with an awful bad limp.”

“What clawed him?” Amber asked.

“Didn’t bring it up. It’s not polite, honey. I’ll let your Aunt Leona do it.” Pop grinned at his crack. “Friendly guy though. Name’s Harlan Doyle. His father, Aldrich, grew up next door. Elmira’s boy. He went to Japan in the war, and when he came back, he married a woman and moved south to be with her people. They used to visit the old folks here once in a while. Says he remembers me.”

“I saw a man at the ceremony today,” Edie said. “He wore sunglasses, but they didn’t cover the bad scars on his face. He’s tall, but his body was crooked like somethin’ wasn’t holding him up.”

“He says he’s gonna fix up the place?” Edie asked. “Is he really planning to live there?”

“That’s what he says. Maybe I’ll get me some work out of it.”

Pop made smacking noises with his mouth. He pointed toward the hutch.

“I almost forgot. I got a present for you, Amber. Go see over there.”

Amber went to the hutch. She held a wooden box when she twirled around.

Pop’s eyes grew bigger as he told Amber to twist the crank on the box’s bottom, and after she did, the workings produced a tiny, tinny tune. Edie shifted in her chair to give her daughter room. Amber opened and shut the lid. She smiled at the gift and at Pop.

Edie hoped her daughter would never be ashamed of her grandfather. Even though Ma got mad at Pop, she always defended him for working hard for his family. “Somebody has to take care of the dump,” her mother said when her sisters complained how horrible their father smelled.

When Ma got sick and after she died, Pop took Edie to the dump when Leona was not available to babysit. She stayed close to her father, or if the weather was bad, she waited in his attendant’s shack when he went outside to help a customer. Some people stared, wondering why Benny Sweet brought his youngest to such a place. Afterward, Pop told her about a treasure he salvaged from their load of trash. “People don’t realize what great stuff they throw away” was his motto. Or he’d reveal an observation, say “how the widow living near the store was dumping a lot of vodka bottles lately.”

“Do you like the box?” he asked Amber, and after she said yes, he pulled himself upright. “By the way, next time you see Marie, you can tell her for me the chicken was a little dry this year. I’m gonna need a coupla beers to wash it down.”

ABOUT THE PHOTO ABOVE: Yes, it is late November and I still have kale — and chard — growing in my garden despite very cold nights. Being a good Portagee, I have to grow kale. I make kale soup once a week, enough to last three days.

FINAL NOTE: Here is the link to my first novel Peace, Love, and You Know What on Amazon. If you live in Taos, you can find it at the local book stores.