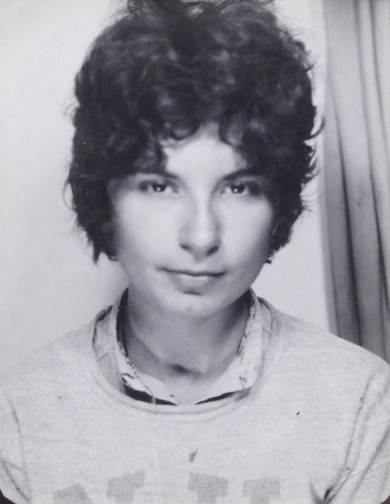 After the author Pat Conroy died Friday, The New York Times offered this quote: “One of the greatest gifts you can get as a writer is to be born into an unhappy family,” Mr. Conroy told the writer John Berendt for a Vanity Fair profile in 1995. “I could not have been born into a better one.” He added: “I don’t have to look very far for melodrama. It’s all right there.”

And so Conroy used his experiences being born into an unhappy family in his novels The Great Santini, Prince of Tides and others.

When I look at my own writing, I admit it is inspired, certainly the adult fiction, by where I’ve lived, whether it is rural town, a psychiatric halfway house, or a small state college.

The books are not memoirs. I am not that interesting a person and frankly, I don’t want to hurt people’s feelings. (A former agent wanted me to write a tell-all book about the hill town where I once lived in western Massachusetts but I couldn’t bring myself to do it.)

But I do use what I have experienced, heard, or observed, and then have my way with them.

My novel Peace, Love, and You Know What will launch soon, hopefully by the end of this month. And I anticipate questions about how much of it actually happened.

Here’s the basic storyline: Hippies at a small state college are planning a three-day graduation bash in 1972. The main characters are: Tim, who is faking his graduation so he doesn’t disappoint his mother, and his roommates Mack, Manny, and the nervous poet Joey. Then, there’s Lenora, their queen who is graduating and splitting for Europe.

The three-day bash is a big hit for every hippy freak and dirty professor. Then, there is the aftermath: graduation and adulthood.

Yes, it is a comedy.

People who have read drafts have asked how much of it is true. 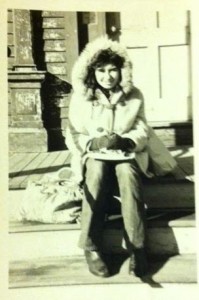 Me on the steps of an apartment house that appears in the novel.

To be honest, I didn’t go to a three-day bash although pretty damn close. No one got away faking their graduation. A groovy professor didn’t die doing the dirty deed.

People I knew and loved inspired some of the characters. But in Peace, Love, and You Know What, I gave each a life of their own. Actually I used parts of my father twice — for Lenora’s dad and a coach.

(Unlike Conroy, I didn’t have an unhappy childhood. It wasn’t perfect but the people in my life then encouraged me to use my imagination.)

Many characters are made up like Tim, Manny, and Mack.

Lenora? I’d like to think she’s a much hipper version of myself back then. Yes, I did hang out with a group who had a slummy apartment that was party central. We did smoke pot and drink. We protested and plotted. I fell hard and fast in love, and suffered for it.

It was an exciting time. And I hope by using what I know and letting it rip, I’ve captured it for you.

ABOUT THE PHOTO ABOVE: I found it tucked behind another in an album. I have such few photos from that time. On the back, it says: “Keep those cards and letters coming, folks, love Joani.” I dare say I look a bit stoned.