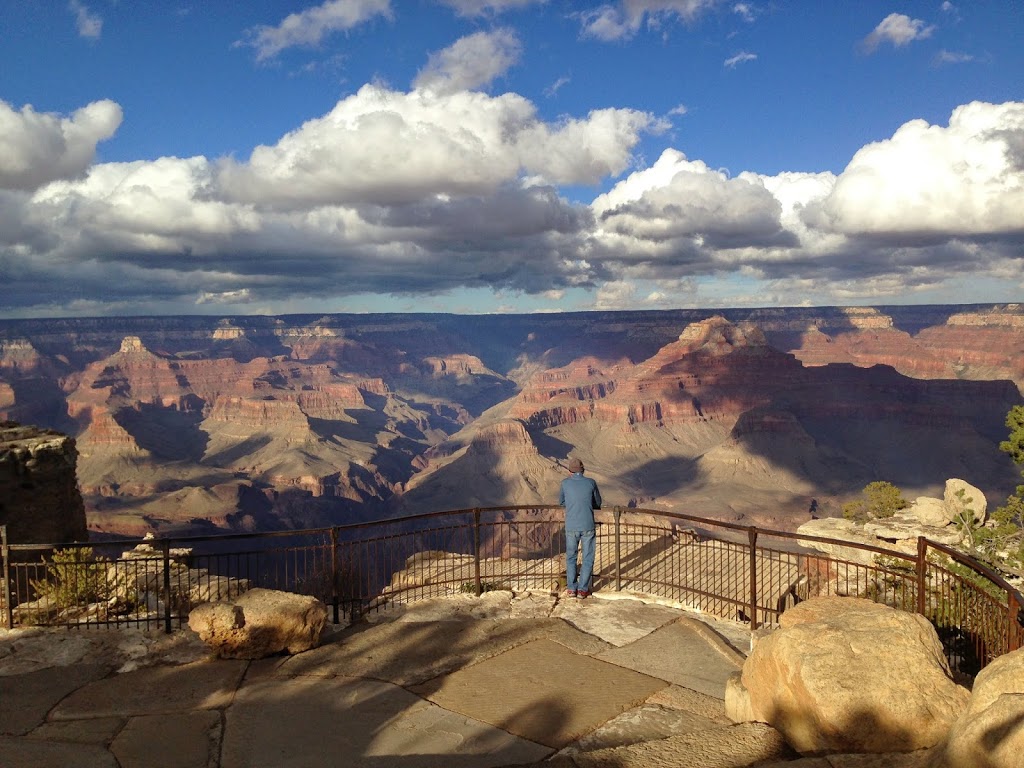 We returned today from a trek through a good part of the West. We decided this time to camp in our tent, a little risky given it was the first week in November. But Hank and I weren’t deterred.

We certainly have done our share of camping, separately, together, and with our six kids when they were, well, kids.

Our first stop was the Grand Canyon, at the Southern Rim because it was Nov. 1 and the North Rim in the park was closed. We learned we were two of the five million people who visit this national park each year, and no wonder. I couldn’t get enough of the canyon.

The last time I visited was decades ago with my oldest daughter, then 9 months, and her father. I carried her on my back down the 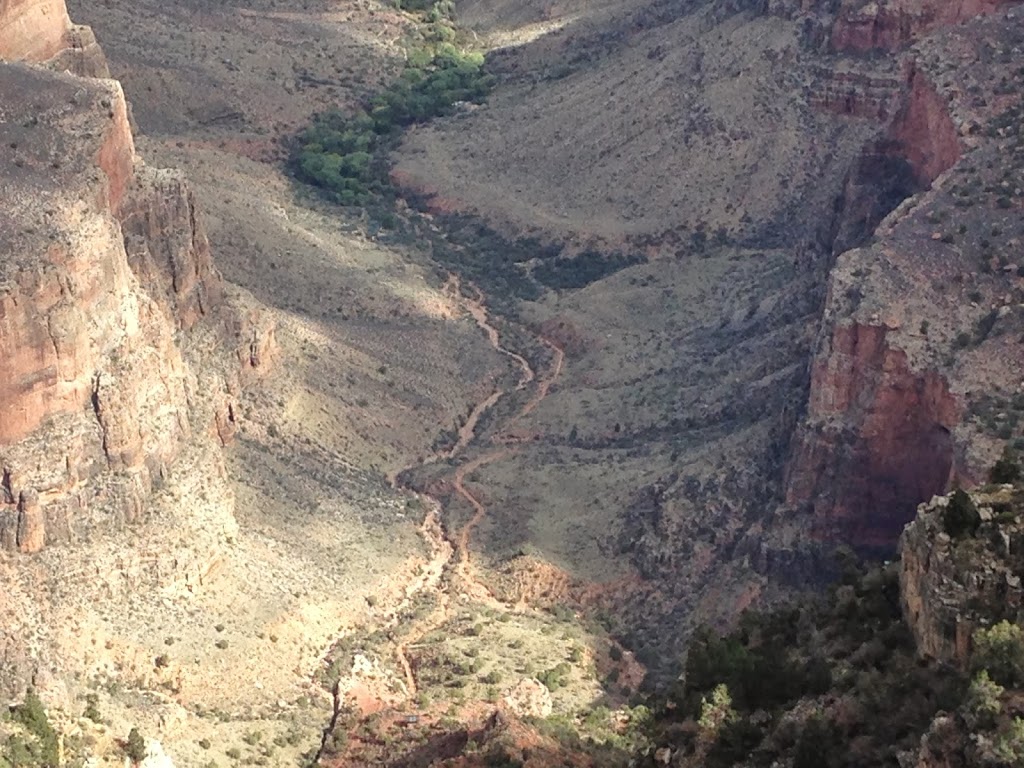 Bright Angel Trail to the bottom, where we stayed overnight. As I recall it was about three hours down and nine hours up. It was spring and snow covered the top portion. I was glad to make that hike then, and pledge to do it again soon when we have more time.

Hank and I were definitely at the Grand Canyon during the off-season. Crowds were way down — the bus driver said it was “berserko” in the summer — and it was easy to get a campsite. We took the free shuttle buses to the visitor center and points on the rim trail we wanted to walk. We bought firewood at the supermarket.

It did get cold at night, down into the 20s. The first, the wind picked up before it rained and sleeted. The cold kept me awake, but I got smarter the next night. 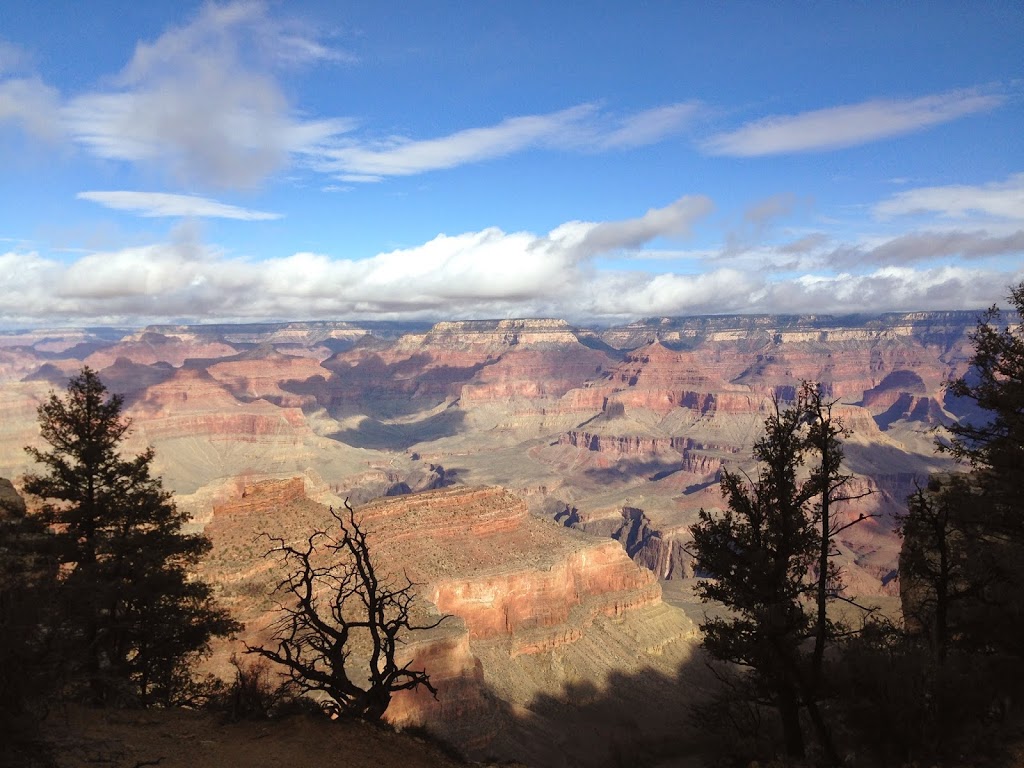 We did well packing food and provisions. I made a short list of what we should bring the next time: a hatchet, a mallet (we improvised with rocks), a table cloth, kindling from Hank’s shop and maybe firewood if we have the room, a thinner air mattress, and folding chairs.

But we toughed it out. Certainly, the views of the Grand Canyon were worth it. Then, there were Zion and Arches, with a visit in the middle with a daughter in Vegas. For us it was one grand circle. More later.