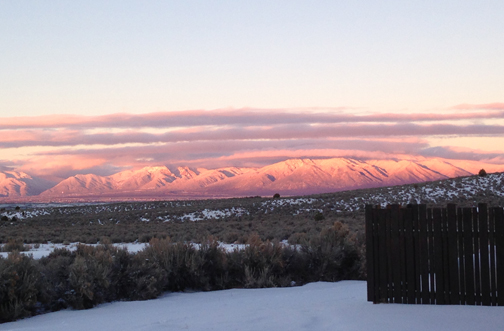 My novel, The Sweet Spot, has a ghost. He’s not the haunting kind of ghost, but in this case, the man’s presence lingers after his death in Vietnam. Meet Gilbert James St. Claire, who was called Gil by those who loved him, which seems to be about everyone in the hilltown of Conwell.

Gil and Edie, the novel’s main character, married right out of high school despite his parents’ misgivings. After all, his folks own the town’s only store. Her father runs the dump.

Plus, Edie was known for getting around, if you know what I mean, but that’s for a future post.

Unfortunately, their happy marriage ends abruptly when Gil is killed in Vietnam.

Eight years later, Edie still mourns Gil. She tries to ease that grief with good times at the Do-Si-Do Bar and an affair with his younger brother, Walker.

His parents remain heartbroken. After all, Gil was a sweetheart of a guy.

Then, there’s Walker, who may have loved his older brother but doesn’t feel the same love Gil got from his parents — or from Edie.

Of course, I imagined Gil, like everybody else in The Sweet Spot, although I will admit being inspired when I saw images of those young men who died in that war.

This week I had the opportunity to go through the manuscript for design purposes and realized the prominent roles Gil and his memory have in its story line.

And for those who are anticipating the launch of The Sweet Spot, the date is Feb. 1 for paperback. For Kindle users, the date should be around that time as well.

To learn more about Gil, here’s is an excerpt from the start of the novel, in which Edie and their seven-year-old daughter, Amber, arrive at a Memorial Day ceremony the town is holding.

Edie pushed the car forward to the main road, past the edges of dense forest toward the town’s center, where she found a parking space behind her in-laws’ Thunderbird.

Amber knelt to reach the car’s back seat.

“See. I remembered,” she said.

Amber clutched a framed photograph, the one taken of her father weeks before his helicopter was shot down in Vietnam. It happened one month before Amber was born, and the sun glinted off Gil’s long, thin face in a way that broke Edie’s heart all over again. His hand was on his hip. His khaki shirt was unbuttoned as he leaned against the chopper. He and his crew, who died together, called it the Angel of Darkness. Gil’s dark eyes went through Edie as if he was cool and tough, but she knew better. Those were boys who died that day in Vietnam, and sweet boys if they were like her Gil.

“I’m glad you brought Daddy’s picture. Come on. It hasn’t started yet.”

Edie and Amber slipped through the small crowd clustered on the town commons. People nodded or spoke her name. Edie knew every one of them because people had a way of sticking close to the hilltown of Conwell in Western Massachusetts.

“Marie, Fred,” she greeted her in-laws, but her attention was on her mother-in-law. “How are you?” Edie asked although she didn’t expect an answer.

Marie smiled instead at Amber. Edie’s father-in-law, Fred, his bald head shining as if it had a pink shell, hugged a wreath of red and white carnations. A blue ribbon said, “OUR BELOVED SON GIL.”

Marie’s head chopped toward her husband.

“Where’s Walker?” She worked the corners of her mouth. “It’d be just like him to forget his brother.”

Walker, wearing a black cowboy hat and boots, marched across the mowed grass. His face, thin, with a straight nose, was tanned from working outdoors. One of the builders in town, he greeted people he knew, firm handshakes all around. He leaned in to speak with someone in the crowd.

“She never comes. Never. He could’ve at least brought the boys. Gil was their uncle after all.”

Edie closed her eyes behind her sunglasses. Her head throbbed.

“Honey, what do you have there?” Marie asked Amber.

Amber showed her the photograph.

Marie held her hand to her chest.

ABOUT THE PHOTO ABOVE: We got a bit of snow Friday. During the late afternoon, the sun cast a rosy glow over the Sangre de Cristo Mountains. This is the view from our backyard.