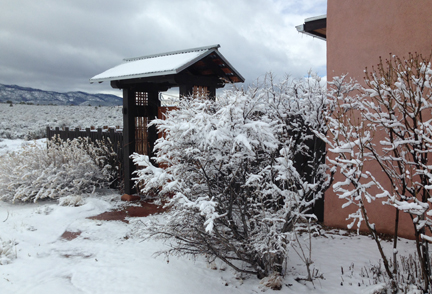 I prefer living in a small town. I’ve had my share of big city life, but my comfort zone is being around a thousand people, give or take a couple of hundred. And small towns are the preferred setting for my novels, including The Sweet Spot, set for a Feb. 20 release.

I like living in a place, where on any given day I will bump into somebody I know. 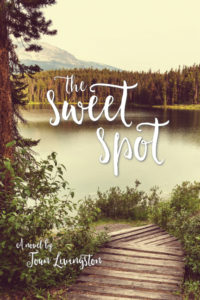 bank or broken down on the side of the road, which has happened. Their kids grow up with our kids. We drink and dance together at the local watering hole.

And because a whole lot doesn’t go on really, we take an interest in what our fellow residents are doing, good or bad. Yes, small town folk can be a bit nosy. They sure are in The Sweet Spot.

I grew up in a big small town along the ocean. For about 25 years, I lived with my family in a hilltown of western Massachusetts that had about 1,200 people, plus one store, one church, one bar, and one stoplight. I even reported on it and the neighboring hilltowns for a daily paper — my start in journalism. Now I live in an unincorporated part of Northern New Mexico.

Writers often use what they know, and that’s the case for me with the hilltowns. For The Sweet Spot, I came up with the town of Conwell. It’s not where I lived although it could have been. At least, I tried to make it true.

As for the folks who live in Conwell — they’re made up too — the slightest difference in those around them is worth noting. After all, this is 1978, before the internet took over people’s lives.

And The Sweet Spot has a big scandal involving its main character, Edie St. Claire that does indeed becomes the talk of the town. Folks are either on one side or the other in this tragic turn of events. Sad to say, those who are against Edie are the majority.

Let me offer you a peek at small town nosiness that’s early on in the novel. Edie works in the general store owned by her in-laws, Fred and Marie St. Claire. Here is this exchange she has with the store’s old guy customers who have taken an interest in her new neighbor, Harlan Doyle.

Now the retirees were settled in. Edie brought a wet rag to wipe the tabletops.

“Edie, your new neighbor was in this morning,” one of the men said. “Says he’s fixing up the old Doyle place.”

Another man lifted his cup.

“He’s kinda tall and skinny,” he said. “He’s got brownish hair hanging to his shoulders. He didn’t look too old, but it’s hard to tell with the scars on his face.”

“He had a soft, slow way of talking like he was from the South or something,” he said.

“Real quiet guy. Odd name.” Fred’s brows creased as he tried to recall more. “Shoot, he said he used to come here as a kid.”

“Not yet. I have to go over and welcome him to the neighborhood,” she said.

“Did Benny tell you about his face?” Fred asked.

“He said it was scarred badly.”

Fred’s eyes shot up and down.

“I think I saw him at the Memorial Day ceremony when we were at the stone for Gil,” she said. “A man stopped to see what was going on. He had a limp, too.”

“I wonder what he’s doing here. His grandmother’s place can’t be in any shape to live in,” Fred said.

ABOUT THE PHOTO ABOVE: A snowy scene from last week. That’s the Japanese-style gate Hank built for the fenced front yard.