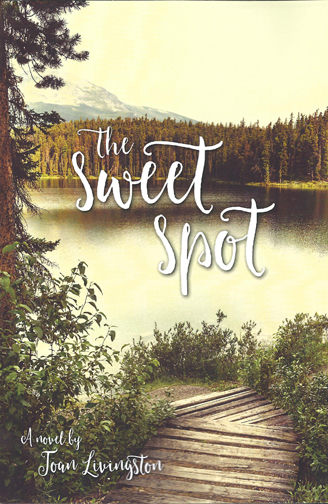 With the Monday, Feb. 20 launch of The Sweet Spot ever closer, I wanted to offer a post on one of the novel’s themes: sibling rivalry. The Sweet Spot has a fun one between an older brother and sister that provides a humorous balance to the novel’s grimmer parts.

Alban “Benny” Sweet, father of the novel’s main character, Edie St. Claire, is the crusty old so-and-so who runs the town dump. Leona, his fiery and outspoken sister, lives next door on their dead-end dirt road.

Both are up there in years, but they haven’t lost their spark. They are among my favorite characters I’ve created.

Benny is a bit of a rascal who smokes and drinks. He brings home the good stuff people throw out at the dump, like furniture and appliances. His barn and shacks out back are filled with them, and he would do the same in the yard if his daughter would let him. He borrows tools from the town’s highway department without asking, which gets him in hot water with the road boss. His other two daughters, much older than Edie, won’t have anything to do with him.

Leona is a woman with no brake on her mouth. She dyes her hair bright red and wears makeup. Married three times but now single, she jokes about men, sex, and everything else. I believe people in town, particularily the natives, are a bit afraid of her because she doesn’t hold back. She cheats at cards even with Edie’s seven-year-old daughter. She’s a big fan of Edie’s softball team and doesn’t miss a game, especially when they’re home and she gets to drink for free.

Both love Edie and her daughter, Amber. They stand by them, especially when things get really ugly in their small town, or as Leona says, “We Sweets stick together.”

Much of the time we see Benny and Leona separately except for a few key scenes. (They are later in the novel, and I don’t want to spoil things.) They may talk about each other and their faults to Edie, but I always get the feeling they do it out of love and habit.

Here are two short scenes that give you an idea about the rivalry. In the first, Benny — Pop to Edie — talks about the newcomer, Harlan Doyle, who moved in next door.

“I tried to take a nap on the porch, but there was too much hammering next door. Bang, bang, bang, that’s all I could hear.”

The Doyle place was located at the bottom of their dead-end road, closed up after the last Doyle, Elmira, died, and the family who lived elsewhere couldn’t decide what to do with the property. It must have been three years ago, and Pop got a few bucks keeping an eye on the place.

“Somebody moved in? Elmira’s house has gotten really rundown.”

Pop glanced up from his plate.

“I went over to see what’s what and met the fella. Damnedest face I ever seen. Scars up and down like somethin’ clawed him. He walked with an awful bad limp.”

“What clawed him?” Amber asked.

“Didn’t bring it up. It’s not polite, honey. I’ll let your Aunt Leona do it.” Pop grinned at his crack. “Friendly guy though. Name’s Harlan Doyle. His father, Aldrich, grew up next door. Elmira’s boy. He went to Japan in the war, and when he came back, he married a woman and moved south to be with her people. They used to visit the old folks here once in a while. Says he remembers me.”

Here, Leona talks about the new neighbor, Harlan Doyle, who showed up at Edie’s softball game. They are walking back to the car after the game.

“Aunt Leona, how much beer did you drink tonight?” Edie asked.

Leona waved her away.

“I lost count after the fourth inning,” she said.

Leona’s voice was hoarse from yelling. She booed one of the ump’s calls so loudly he muttered and glared. At that point, Vera asked Edie to tell her aunt to pipe down. But Edie reminded her it wouldn’t make a difference if she did. Her aunt wouldn’t listen. She was having too much fun.

“Vera’s gotten as fat as a pig. She should go on a diet,” her aunt went on. “She can’t even bend over to pick up a grounder.” She paused to take a breath. “I see our new neighbor came to the game. Harlan Doyle. Nice name, don’t you think?”

“He said you went by to meet him.”

“I did.” Leona nodded. “Too bad about his face. Something or someone hurt him, but you get used to it.” She frowned. “And, no, I didn’t ask him how it happened. That’s what’s Alban would do.”

“Funny, Pop said the same thing about you.”

Leona clamped her mouth shut. Edie almost laughed, but she held back because it would provoke her aunt into a long discussion about Pop, mostly about his no-good qualities. He still hadn’t cut the grass. The weed trimmer from the highway garage lay on the porch. But Edie was tired of nagging her father.

ABOUT THE PHOTO ABOVE: Michelle M. Gutierrez’ great cover design for The Sweet Spot.