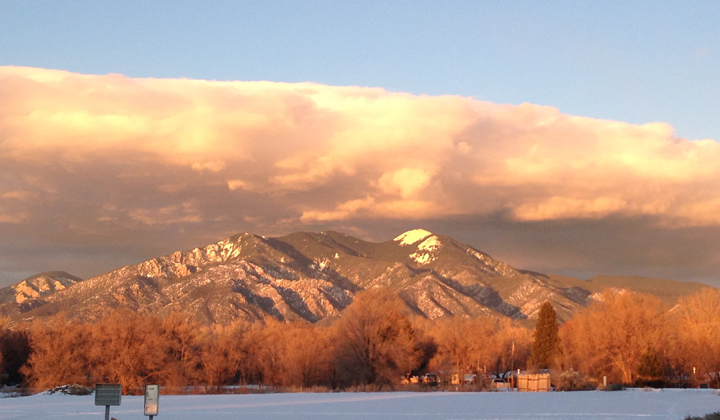 We knew Ernie and his large, extended family when we lived in Worthington, a hilltown in Western Massachusetts. He worked on the town’s three-man highway crew for over three decades, including as its road boss. (He also has a brother named Bert, which has always been a source of amusement.)

Nate and his buddy, Ernie

Our son, Nate, knew him best. Ernie hayed the farm across the road in the Ringville section where we lived first in that town. He also raised pigs there. They were good buddies.

Through Ernie, Nate got to know the part of country living that was close to the earth — and all about machinery. I know long before he was a teenager, Nate was Ernie’s extra hand, driving a tractor or farm truck. I recall looking out the kitchen window when I was washing dishes to see Ernie take down a hog with one shot, and then Nate helping him get it ready for butchering.

Nate and Ernie had a special bond. He often joined Ernie when he plowed the roads, riding for hours in the cab of the truck. Ernie would stop the truck at the end of our driveway for Nate to join him.

One year, Ernie rigged up a plow to an old rider mower so Nate could clear our driveway. (I guess it stuck. Nate works as a union heavy equipment operator.)

I knew Ernie from when I was a reporter, covering the hilltowns. I’d call the highway departments for an update whenever we had a bad winter storm, or in the midst of mud season or a road project.

Ernie wasn’t a talkative guy. I recall covering one Worthington Town Meeting, where residents were voting on the budget and other items. On the agenda was the purchase of a new dump truck for the highway department.

A smart-alecky newcomer got up and wanted a justification for the purchase. So the moderator asked Ernie whether the town needed to buy a new highway truck. Ernie stood, said “yup” and sat down. And, after a good laugh, the voters passed it.

I moved away from Worthington going on ten years ago. But Deen, Ernie’s wife, kept us informed at Christmas with long letters about the family, their winters in Florida — and Ernie’s health problems. I’m sure they were tough on a man who liked to be so active.

Here’s to Ernie Nugent who lived and worked well. He was the salt of the earth.

There is much more to learn about Ernie. Here’s a link to his obit: http://www.legacy.com/obituaries/gazettenet/obituary.aspx?n=ernest-w-nugent-ernie&pid=177411205

ABOUT THE PHOTO ABOVE: It was a lucky moment when I caught this photo of the light playing on the Sangre de Cristo Mountains. I was leaving the newsroom when I got out my phone to take the shot.