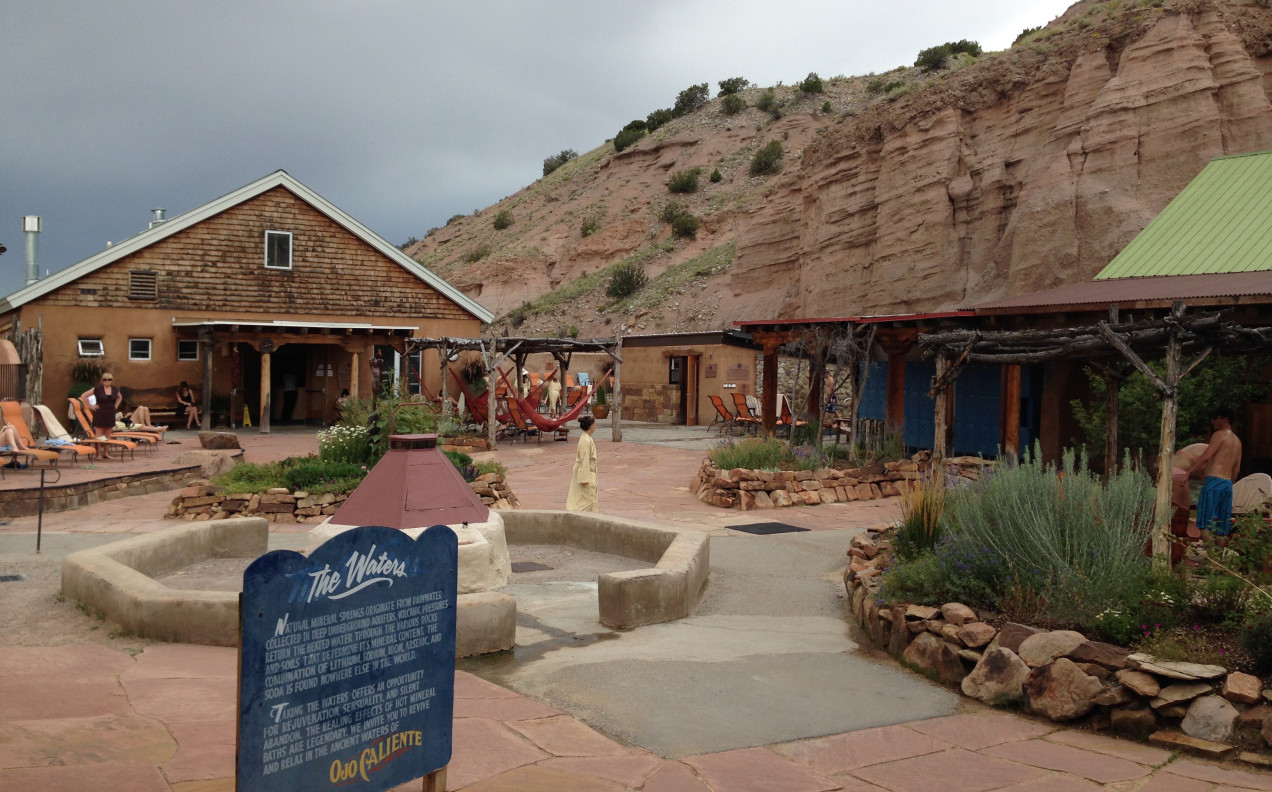 I can remember when only sailors and bad guys had tattoos. Now it seems half the population does. At least that was the case when we went today for a soak in the mineral springs at Ojo Caliente.

My uncle was the first person I knew who had tattoos. He got them when he was in the Navy. I recall a panther stretched over one forearm. There might have been a Sacred Heart of Jesus symbol and even a Mom.

The second was a summer boyfriend when I was home from college. He was more of your bad boy type, but not really cause he was sweet to me. He dropped out in middle school — he had stayed back twice and was already 16 — and worked as a fisherman. The tattoo on one arm had a crude dagger and the words “Born to Lose” above it. He carved it himself and colored it with black ink. He said it hurt like a son-of-a-you-know-what.

The third is my husband, Hank. When I met him, he had a rather primitive tattoo on his upper arm: a shamrock, an Irish pipe and the word “Disease.” He got it in Jersey when he was 15 and admits to being rather drunk at the time. Hence it wasn’t the crispest tattoo. Why “Disease”? It was a tribute to when he had scarlet fever.

Hank once asked his father what he would do if ever got a tattoo. His answer: he would break off his arm and beat him with the bloody stump. So for the next few years until he left home, Hank swam in a sweatshirt at the Jersey Shore.

Years later, when we lived in Seattle, where tattoos were legal, he got his covered by a talented and rather famous tattoo artist, Madame Lazonga. Hank showing off his new tattoo in Seattle.

Hank opted for a Japanese-style chrysanthemum, which is a marked improvement over what was underneath.

Then, tattoos became legal most everywhere. Perfectly ordinary citizens got them.

In fact three of our six kids have tattoos.

So back to Ojo Caliente. I marveled at the artistry of many of the tattoos I saw. Several people had their arms, legs, backs, and chests covered by intricate patterns. Others had one small tattoo on their arm or leg.

I saw lots of flowers, birds, trees, Native American and Celtic symbols. One man had a bicyclist on one leg and a rooster with a top hat on his back. A  woman in a bikini had birds on each butt cheek — their wings rose above her bathing suit bottom. Another woman had Asian writing going down each side of her spine. I don’t know what it said but I hope she does.

It didn’t matter the body type — thin, hefty, short, tall — or age, these people wore their tattoos proudly. And I couldn’t help looking.