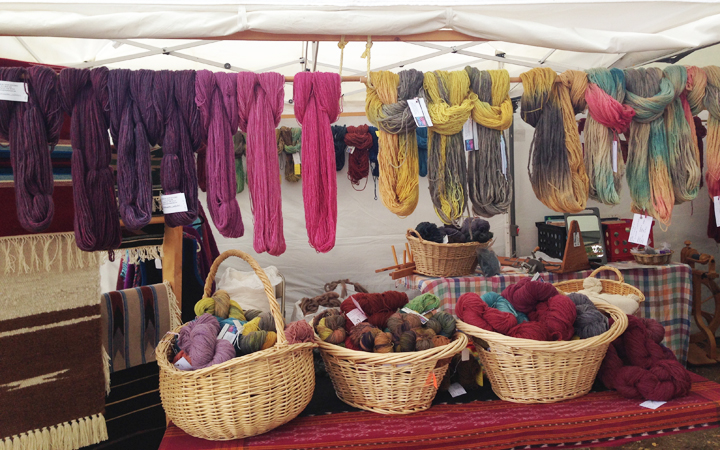 One season has made way for the next. The vegetation looks a bit brittle out there although my garden keeps producing. We haven’t even had a light frost so far in Taos and it’s early October. I picked cucumbers, tomatoes, peppers, and beets this afternoon for supper tonight.

But I see other signs. The bees no longer feast on the Russian sage near the ramada. The sky is so darn dark when I get up early to write, it takes a serious effort on my part. The aspen are turning orange and yellow in the mountains. This weekend the Wool Festival was in Taos. 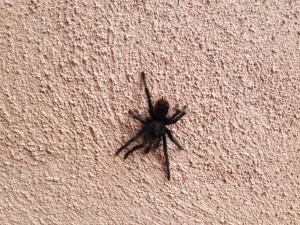 And then there are tarantulas. I spotted one near our front door. It was crawling on our house’s pink stucco. The cat took one look and went inside. I did, too, to get my phone to snap a photo and video. I posted them on Facebook and got the horrified reaction I expected from my friends elsewhere.

Yes, tarantulas are startling. (I later found the speedy spider in the garden near my foot.) But they are harmless. I don’t plan on touching one anyway.

And the one I saw was likely a male looking for a female, which will eventually mean his doom if he’s not snagged first by some hungry insect. When he’s done fertilizing the eggs in her burrow, the female will eat him or boot him out, where he will fall prey to cold and other hazards. Meanwhile the female lives for a few decades.

People have told me they’ve seen hundreds of tarantulas crossing the road. So far this season, I’ve seen this one and he told me summer’s over.

Note: The featured photo was taken at the Wool Festival.