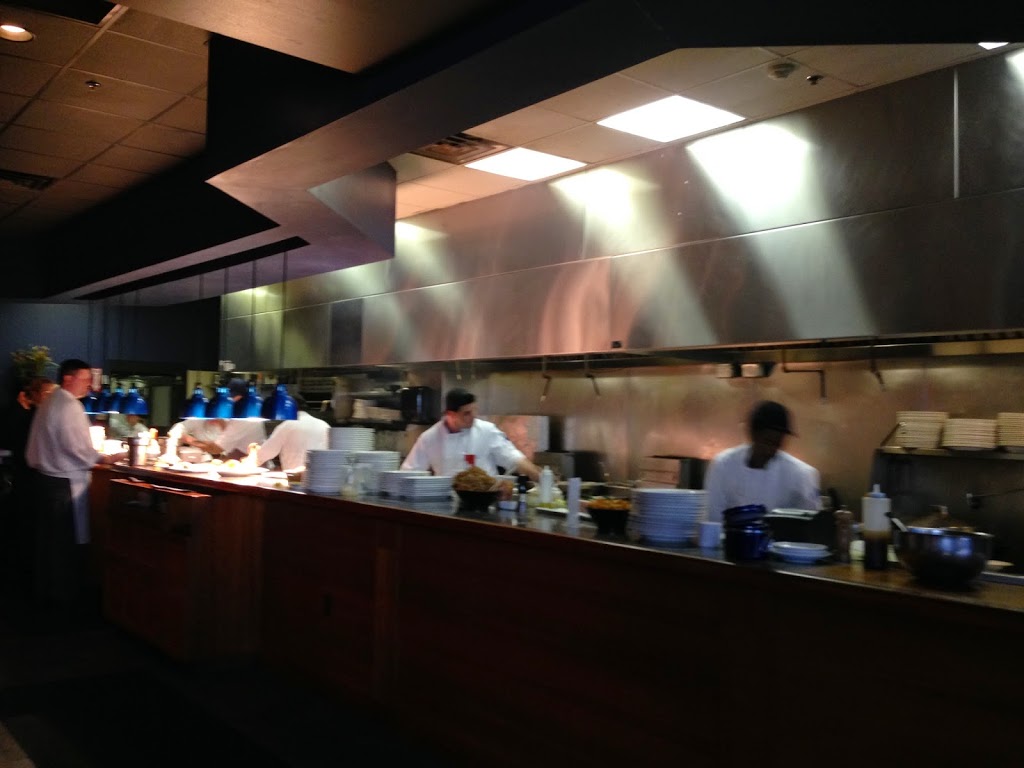 Ah, my poor neglected food blog. Since April I’ve had great dining experiences on the road and each time, I vowed to write about them. But I’ve been too busy with writing and other stuff.  So here is a quick recap and a pledge to do better.

(By the way, my last post was about going vegan. Yes, that’s the way I still eat except when that’s not an option dining out or in somebody’s home. As I tell friends, I’m not a jerk — or worse — about it.)

In April, our daughter Emily and son-in-law Chris treated us to dinner at Blue Ginger, the restaurant owned by celebrity chef Ming Tsai in

Wellesley, Mass. I’ve seen Ming compete in such TV shows as Next Iron Chef and Iron Chef. He’s made appearances on others. (Yup, I like watching cooking shows.) He was even present the night we dined — visiting a table of, I am guessing, super regulars.

The menu features such dishes as Sake-Miso Mariate Sablefish and Pan-Seared Scallops with Carrot Top Pesto. I went for the Garlic-


Black Pepper Lobster with Lemongrass Fried Rice. Tasty, but the best dish was an appetizer — the Wok-Stirred Mussels with Fermented Black Bean Broth. It was savory and I would have been happy if it were an entree.

I was back in Boston in July. This time Emily and Chris treated us to dinner at Steele & Rye in Milton, Mass. This restaurant will be featured on this season’s Top Chef, and it was here


union workers protested the show. But that didn’t happen the night we ate. I had a well-prepared scallop dish with sweet pea puree.

In early October, we were in San Antonio, Texas for a conference. On the River Walk we opted for Boudro’s — twice — for seafood. The second time, we had guacamole made table side. But the best part of the meal was the fabulously frozen Prickly Pear Margarita.

On our last day in San Antonio, we hit The Friendly Spot Ice House in Southtown. I liked the funky, outdoor setting — vintage patio furniture, a playground for the kids, dogs, and a super-sized screen to watch the Spurs. The veggie burger was so-so, but the beer selection was great and yes, it was a friendly place to spend a few hours.

And, now I promise not to wait so long to write about food again. Next topic: seaweed.

For more of my writing, visit http://joanlivingston.blogspot.com/