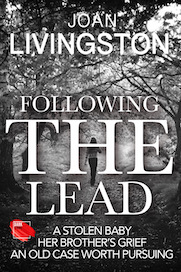 Isabel Long moves quickly onto the next case when a former boss entrusts her with a mystery that has haunted him since his childhood.

Lin Pierce, then only eleven, was supposed to be minding his little sister while their mother gave a piano lesson inside their home. But the sleeping baby was stolen from her carriage after he’d been lured away in a well-executed kidnapping that devastated the family.

Forty-nine years later, Lin is convinced he met his long-lost sister by chance. After all, the woman not only resembled his mother but she had a distinctive family trait — different colored eyes.

As Isabel works her sixth case, she believes the student who took the piano lesson that day, later a well-known musician, is key to solving it. But meeting him in person proves to be nearly impossible.

As she did when she was a journalist, Isabel uses her resources — including her mother, Maria — to follow that lead until the end.