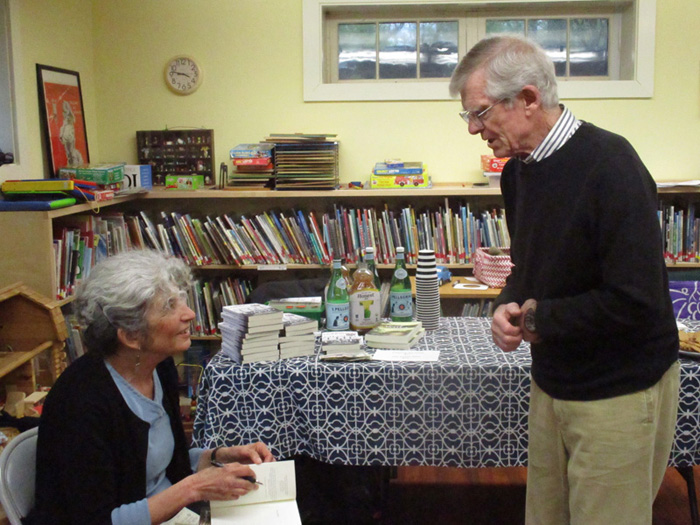 On Saturday, I was at the Worthington Library to give the first reading of my new mystery, Chasing the Case. It’s only fitting since my family and I lived in the Western Mass. hilltown of Worthington for 25 years. That town and the ones around it inspired the setting for Chasing the Case and most of my adult fiction. 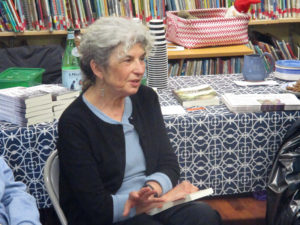 For me it was a bit of a homecoming. After all when I was a Worthington resident, I spent countless hours at the library with my kids.

I knew almost everybody who came Saturday. Many I hadn’t seen in 12 years or longer — before I moved to New Mexico. People bought books, including a novel I released last year, The Sweet Spot.

Yeah, it was a great feeling.

I read three excerpts: the very start of the novel;  a scene at the Rooster Bar and Grille; and a peek at the Old Farts, the gossipy men in the backroom of the general store. Then I opened it up to questions and discussion. It was an attentive audience. 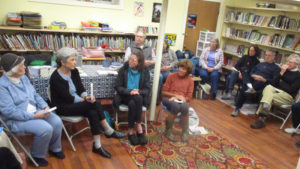 And when I mentioned its sequel, Redneck’s Revenge is due out in September, they were happy for my return.

Can you go home again? Sure you can. I just did.

ABOUT THE PHOTOS: Thanks to Christine Charnosky, the editor of the Country Journal, for these and other photos she took at the event. In the one above, I sign a book for Ed Shanahan, who was the editor in chief of the Daily Hampshire Gazette, when I was a rookie reporter covering the town of Worthington.

FACEBOOK LAUNCH: Join me for a different launch, this one on Facebook. It’s Friday, May 18, 2 p.m. Eastern Standard Time. Discussion will run for two hours. There will be contests with prizes. Want your name to be used for a suspect in the third sequel? I will keep everything open for 24 hours so people on the other side of the planet can join. https://www.facebook.com/events/164518200901454/

ORDER: Didn’t make to the reading? Here’s how you can get your own copy: http://mybook.to/chasingthecase

NEXT READING: I will be at Boswell’s Books on Wednesday, May 23 at 6:30 p.m. The store is in Shelburne Falls, my new home in Western Mass.

One thought on “The First Read”