Angela Wren, a fellow author at Darkstroke Books, has written a crime mystery series with an interesting twist in that it is set in France. Angela does a wonderful job transporting the reader there. Her main character is the very determined investigator,  Jacques Forêt. But Angela is going to tell us about another character in her series — the fifth was published late last year. Here. I will let her take over.

Hi Joan, thanks for inviting me and my character Didier Duclos onto your blog today. I write the Jacques Forêt cosy crime mystery series set in the Cévennes in south-central France. Didier is 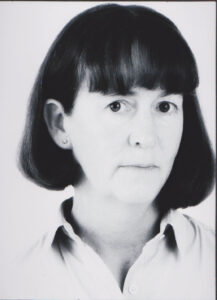 Jacques’ right-hand man. However, he didn’t quite start like that!

After Messandrierre (book 1 in the series) was published, I knew that Jacques was going to strike out on his own. In the village, he had been mostly a one-person official police presence with a bit of help from a fellow gendarme Thibault Clergue and five-year-old Pierre Mancelle who wanted to be a policeman.  They made a neat team, but once Jacques had his own investigation business, I knew he would need someone else.  Whilst I was creating the second book, into my head walked Didier Duclos.

I took his name from a war memorial in a village near St Pourcain.  I liked the alliteration and the short sharpness of the words.  It set the tone for who I thought my character was going to be.

We first meet Didier in Montbel, (book 3), when Jacques conducts a team briefing in his office in Mende. Didier is described as a … tall, lean man with a lived-in face that showed him to have earned every crease and line acquired during his sixty-one years, Didier had come to Vaux Investigations to work as a general office manager and investigator. He had been the first person Jacques had recruited following the internal reorganisation across the whole of the Vaux Group in the first few weeks of 2010. Having worked as a detective in the Police Nationale in Mende, Didier had taken early retirement to care for his terminally ill wife. Within the year she had died, and Didier had needed a distraction. …

Didier works closely with Jacques from then on.  He provides a measured approach which sometimes keeps Jacques from acting the maverick.  In Marseille (book 4), we learn more about

Didier as a person.  He had a life before the police force.  As Jacques and Didier wait on the harbour in Marseille for a contact with crucial information about the case to arrive they watch a traditionally built yacht come in to dock. Didier shares his experience… “A tall ship, Jacques. A long time ago. I once crewed on a 19th-century schooner…”  “Beautiful vessel, four-masted, gaff-rigged…” He tells Jacques. As he smiles to himself, Didier goes on to say… “Just eighteen and had the time of my life!”

That experience and the knowledge that Didier gained becomes essential when he and Jacques move on to the investigation in Mercœur.  Didier’s expertise and his tenacity put him at the forefront of this investigation.

On a quiet forest walk, Investigator Jacques Forêt encounters a sinister scene.  Convinced there is evidence of malicious intent, he treats his discovery as a crime scene.

But intent for what?  Without a body, how can he be sure that a crime has been — or is about to be —

A baffling case that tests Jacques to his limits.

Angela Wren is an actor and director at a small theatre a few miles from where she lives in the county of Yorkshire in the UK.  She worked as a project and business change manager – very pressured and very demanding – but she managed to escape, and now she writes books.

She has always loved stories and story-telling, so it seemed a natural progression, to her, to try her hand at writing, starting with short stories.  Her first published story was in an anthology, which was put together by the magazine ‘Ireland’s Own’ in 2011.  She also works with 8 other northern writers to create the series of Miss Moonshine anthologies.  Most recently, Angela contributed a story set in the 19th century to the DARK LONDON collection.

Angela particularly enjoys the challenge of plotting and planning different genres of work.  Her short stories vary between contemporary romance, memoir, mystery, and historical.  She also writes comic flash-fiction and has drafted two one-act plays that have been recorded for local radio.

Her full-length novels are set in France, where she likes to spend as much time as possible each year.