Bob is a linguist and business professional, who has worked for two Wall Street firms, in international marketing communications and as an educator. As he describes it, “his creative and professional exploits belie his humble beginnings as 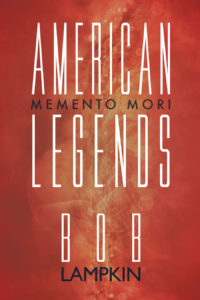 the son of a construction worker in a poor neighborhood on the West Side of Detroit.”

Who is author Bob Lampkin?

Why is this part so challenging? I’m a lost soul trying to find my way? I’m a purpose driven obsessive? I bring light to hidden subjects? I really would like someone else to answer this.

What does he write?

I prefer to write fiction. Within that broad brush, I lean towards topics of interest in real life like: science, nature, dysfunctional relationships, psychopathy, languages, culture, and social constructs.

When does he write? (Alternative question: When did he begin writing fiction?)

I’ve been trying to write off and on for a long time, since childhood. I was never satisfied with my work until recently though and actually lost or destroyed several false starts. I just finished my first novel.

How does he write?

So, my process totally comes from my training in music composition. If I tried it any other way, I don’t know that I would finish. Traditional Music is structured linearly and vertically. Linearly from beginning to end there is a thematic development and a melodic contour. Vertically, multiple melodies are stacked creating depth using harmony and contrast. I write literature with intersecting story lines with multiple characters like a symphony might have a melody, counter melody, bass and so on. So translating the components: Melody is a story line, Bass would be the undertow (an under current either stated or implied), inner voices would be minor supporting story lines to help driving the momentum and complete the worldview within the story.

I make a strong departure from the Western Music composition analogy in having knowledge of structure but completely using a jazz musicians approach to following the inner spirit.

In practice, I find a piece of music I like, set it to loop and enter an almost meditative state and just write. Later, in editing and refining I make it conform to structure as noted above.

Why does he write?

I write to understand, to vent or explore and maintain permanence.

In seeking understanding, I ask questions that puzzle me and then keep digging to try to get to some universal value that rings true. In venting, it’s me processing some injustice I’ve seen or personally experienced. In exploring, I try to challenge suppositions held by me, or others I have met, or even society. In maintaining permanence, I try to capture the essence of some people I have known and have cared about. When I reread my material, it’s like they live forever.

Where does he write?

At home, when it’s quiet and the music is not disturbed.

Bob offers this description: “A dramatic thrill ride from the very start. In the wake of the most important election in a century, political and economic forces have torn the fabric of the country apart. Families are separated by an ideological war that threatens the existence of the nation, as the United States finds itself in the throes of travail. On one side is the CCL, a band of Modern Day Patriots struggling against oppressive encroachments to freedom. On the other side are The People, Modernist Progressives hell-bent on upending the status quo. In the middle, are Broderick and several families who manage to survive the chaos until the unthinkable happens and all hell breaks loose. How will these families survive? How could anyone escape an impending collapse? Read to find out! If you like ‘1984’ or James Rickards’ The Death of Money, you will love this book.”

Where to buy “American Legends: Memento Mori” in Kindle and paperback versions