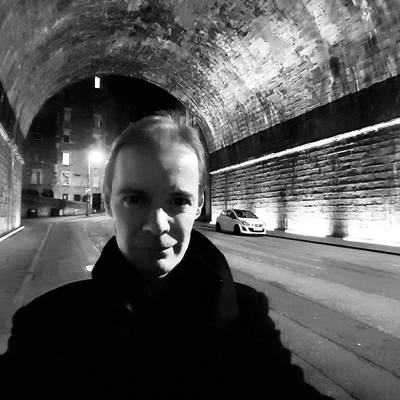 Today’s featured author for my 6Ws series is GJ Scobie, author of The Kill Chain. GJ uses his expertise working in cyber security to create this cybercrime thriller, published by darkstroke books. A busy author, remarkably he has just completed his 13th novel and is onto the next. Here, I will let GJ take over this post.

Who is author GJ Scobie?

I work in cyber security and I’m a Certified Information Systems Security Professional. I have trained in Ethical Hacking and have a particular interest in how technology impacts on our everyday lives. As a public speaker, I regularly present at industry and government conferences and roundtables on various aspects of computer security including sessions on Ransomware, Mobile Security and Cyber in the Movies. I also participate in the Cabaret of Dangerous Ideas at the Edinburgh Festival Fringe with my show, “My neighbour hacked my toothbrush” highlighting the dangers of internet connected devices in the home. In my writing, I deal with the dark side of technology and how it affects society reliant on computers. I live in Scotland and, when not writing, love to explore my native country, taking more photographs than I can ever hope to catalogue.

The Kill Chain, is a cybercrime thriller set in the present day, and was published by darkstroke in July 2022. It was inspired by news reports of black hat hackers, nation state sanctioned cybercrime and the debate over privacy in a connected world. The Kill Chain (the term given to the stages of a cyber-attack) is set in the present day, the story taking off from what should have been a private moment years before; a long game played by threat actors determined to take control for political and economic gain, while their victim struggles doing what they believe is right based on a code of ethics versus his need to keep his marriage, friendships and reputation intact.

I’ve always written but looking back it was around 2010 when I started to think about seriously finishing a novel and submitting it. Since then, I’ve drafted one novel a year. A number of these novels have never been queried. The last four I’ve written, including The Kill Chain, all received full manuscript requests, so the last couple of years I’ve had good feedback which has resulted in being published. The Kill Chain was my eleventh novel. I’ve just completed my thirteenth and I’m busy planning the next.

I’m an early riser and write for a couple of hours before work. I write most days, but don’t stress if I feel I need to take a day off to do something else. I’m one of those writers who believes writing is not just about putting words on a page, but all the other activities necessary to write those words in the first place. If that involves reading, thinking, going out to visit locations, speaking and listening to people, always looking for inspiration from the world around me, catching snippets of conversation as people pass by, this is all part of the process for me. I imagine I have this ‘writer’s filter’ through which everything going on around me passes through, and what is collected is all material for new books.

The only tool I use is Microsoft Word, typically one document with the draft, another with the initial plan and notes. I also scribble a lot using pen and paper as ideas come to me during the day. I did use my mobile for taking notes, but that meant having to transfer those notes and I just find it quicker and easier to use pen and paper and then type what’s written down if it’s needed. I’m a technology geek, but I like to keep my process as simple as possible.

Up until the pandemic I wrote on the train. My commute to work was almost an hour each way and with the travel time to the station and waiting on platforms, it was the best part of three hours on top of working full-time. I had no choice, but to learn to shut the world out and write surrounded by strangers. It used to be time I filled with reading, but once I started writing seriously, it was part of my day I could use to complete my novels. Cafes and station platforms when trains were delayed and the journey itself, became protected time to write. I rarely wrote at home as I always took the weekend off, satisfied with the progress I had made during the week.

When the pandemic started, I moved to working from home and now only travel one day a week. Having to learn to write in silence in a room with a desk was strange and it did take some adjustment. My writing initially slowed as I’m surrounded by books and music and guitars to distract me, and I would say during the first six months of that period, I found it difficult. However, I adjusted and now I still rise early, but instead of commuting I have my own study and desk and a door I can close.

When I was commuting, I did listen to music, but only during the return journey in the evening. I don’t know why, but I didn’t put headphones on in the morning. I recall the morning session was more writing and the return journey, editing what I had written. Today, I rarely write or edit when music is playing. I have a great sound system, with speakers on either side of my desk, but I find I end up spending more time listening than writing.

I think it’s a way of coping and making sense of the world as I see it. My job is stressful, and I find when I write I am not worrying about anything else other than the characters and the world they inhabit. I was brought up with books and my family were always reading. My father had a boxroom that was lined with shelves and stacked to the ceiling with books. As a young child I used to go in and sit on the floor and browse whatever I could reach. From an early age I wanted to write my own book and place it on a shelf beside the others.

I self-published a future cyber thriller in February 2022, The Copernicus Coercion, the first in a series featuring body hackers, the manipulation of computer networks via internet-connected implants and rogue Artificial Intelligence. I’m currently working on a sequel to The Kill Chain, called The Kill Switch and finalising a science fiction fantasy series called The Clockmaker Conspiracy. This features a parallel world run on steam, accessible via a quantum portal, and is on a collision course with our own.

One thought on “6Ws with Author GJ Scobie”